Adesanya and Usman Shuts Down Idea of a Possible Super fight, says “it’s bigger than money” 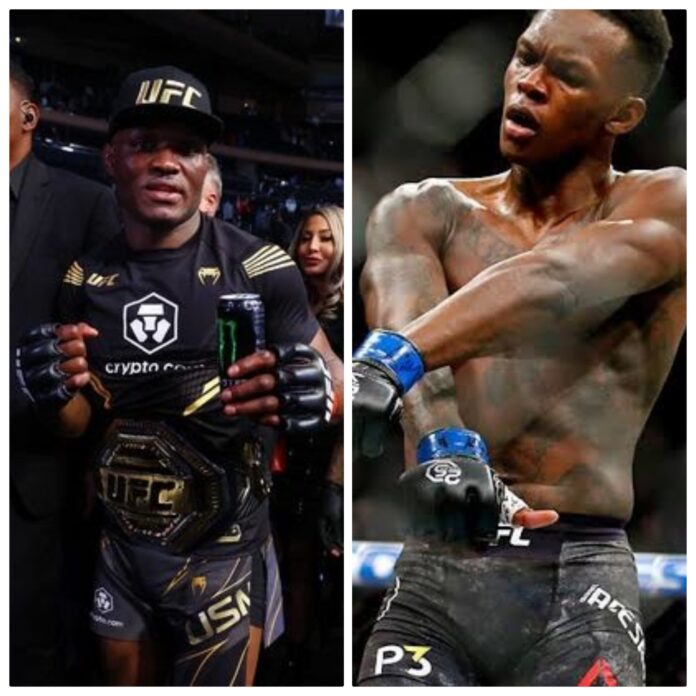 Adesanya shuts down the idea of a possible super fight with Kamaru Usman; a fellow UFC champion and countryman. says “it’s bigger than just money”.

Israel Adesanya has rejected the idea of a super fight with Kamaru Usman; stating that he has “nothing to gain” from a fight with the UFC welterweight champion. 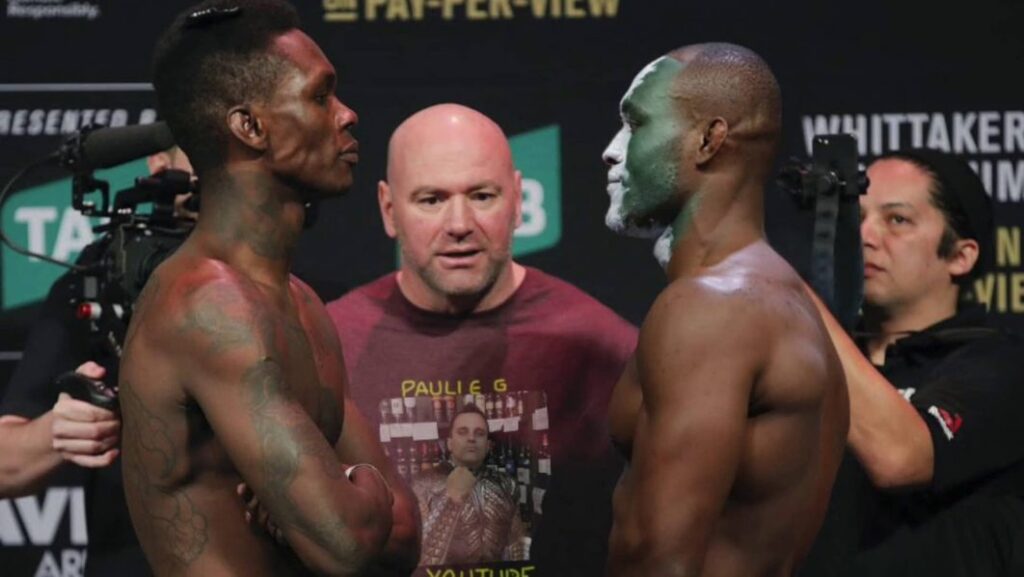 Following Usman’s UFC 268 victory over Colby Covington last November; the idea of a possible fight between the two, Light heavyweight and welterweight  champions, has been the talk of the internet for sometime now, but nothing solid has been finalized.

Isreal Adesanya told TSN that “Kamaru can speak  for himself,  which he already has, and I also have spoken for myself and we both came to the conclusion that we wouldn’t fight each other”.

He further added that “For me personally, it’s bigger than money. Also, I have nothing to gain”.

He said that “If I was gonna do this s**t for money and retire, I would have retired three fights ago. I’m set, but nah, it’s bigger than money. It’s just about legacy.”

He continued to say in the interview “Come to the gym you’ll see me and Dan Hooker; me and Carlos Ulberg, me and Blood Diamond compete against each other”.

And ended with “So me and Kamaru can do that, but for the world to see, it’s bigger than money. It’s not just about money. It’s about our nation”.

Usman Kamaru clarified his take on the issue regarding a possible fight with Isreal Adesanya; he told Jim Rome in an interview on  Listen Notes Podcast. He stated, “I’ve said it before, as long as Israel Adesanya is the champion, I have no interest in going there,”

He added “But when Jan Blachowicz was the champion at light heavyweight, of course, I thought it was a great matchup.

In a response to the question from Jim Rome when he asked “How about Adesanya, how does it not affect you ?”

Usman Kamaru answered. “I have said it before, Adesanya is a fellow Nigerian and a nice guy. I like him, I like his approach. I have said it — I’d rather see two Nigerians have belts than one Nigerian with two belts”.

Usman is currently the reigning welterweight champion and is ranked as the leading pound-for-pound fighter in the promotion. He’s won four times in a row since then, including victories against Paulo Costa, Yoel Romero, and Marvin Vettori.

The Nigerian first proposed a switch to middleweight in a bid to become double-champion after Jan Blachowicz faced Adesanya for the light-heavyweight belt.

However, Usman has now claimed that he is unlikely to make the move to become middleweight champion while Adesanya holds the belt.