The True Story of Ernest Ouandié 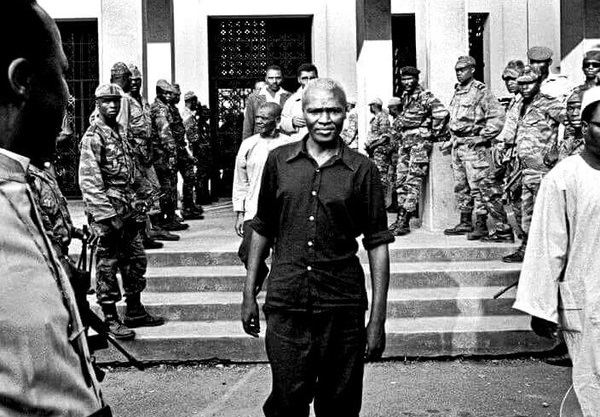 History painted a totally different picture on him but in this article today, we discover that he was a hero and martyr.

Ernest Ouandié was killed as it were by the government of Cameroun. He was executed via firing squad on 15 January 1971 at Bafoussam.

He was the last leader of the political party, Union des Populations du Cameroun (UPC).

Many sources believe that France and its puppets assassinated him with five other leaders.

So what is the true story? 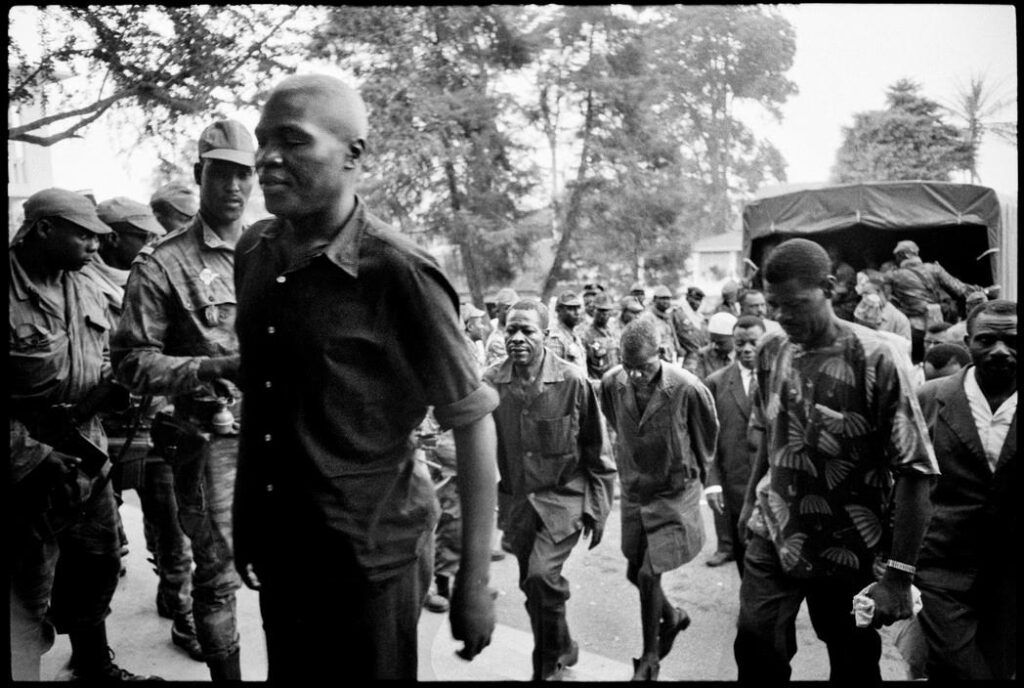 Ernest Ouandié is reputed to be born in 1924. He lived a full life as the leader of the struggle for Independence in Cameroun.

In his struggle for Independence, he resisted the government of President Ahmadou Ahidjo in the 1950s. Cameroun gained their independence in 1960.

In 1970, the government captured, tried, and condemned to death. He was publicly executed on 15 January 1971.

The Start of the Life of Ernest Ouandié

Ernest was born in Badoumla, in Bana district in Haut-Nkam in a Bamiléké family, in 1924. He attended public school in Bafoussam. He then attended then l’Ecole Primaire Supérieure de Yaoundé in Yaoundé. There he obtained a diploma in November 1943. With this, he began working as a teacher.

In 1944, he joined the Union of Confederate Trade-Unions of Cameroon, affiliated with the French General Confederation of Labour (CGT).

In 1948, he joined the Union of the Peoples of Cameroon, a left-wing pro-independence political party. He became Vice President four years later.

In September of 1953 he was assigned to Doumé and Yoko in Mbam-et-Kim, and was posted to Batouri, then Bertoua.

In January 1955, he was assigned to Douala. He attended the World Congress of Democratic Youth in China in December 1954. He also travelled to Paris and Moscow.

His Life as a Guerilla Fighter

Between April and May in 1955, the political party had a series of militant meetings, they circulated pamphlets and organized strikes. In June, the leader of the party was sentenced to six months in prison, including a fine, in absentia.

In the month of July 1955, Edgar Faure of the French government dissolved the UPC by decree. Many of the UPC leaders then moved to Kumba. This region was British-administered Southern Cameroons. They were protected in this territory and French colonial powers would be unable to jail them.

This time an armed revolt broke out in Cameroon. The leader of the UPC remained under French-controlled Cameroon. He was in the forest near his village Boumnyébel. He took refuge there in April 1955. The UPC rebels from this point carried out a fierce skirmish against the French who carried out ruthless reprisals.

Insurgents took refuse in swamps and forests. The Cameroonian government (controlled by the French) cornered the leader of the UPC, Ruben Um Nyobé in the Sanaga-Maritime area and killed him. This was on the 13 September 1958.

In July 1957, the British yielded to pressure from the French and deported Ernest Ouandié and other leaders of the UPC to Khartoum, Sudan.

So he moved to Egypt, then to Conakry in Guinea. He ended up in Accra, Ghana. When Cameroon had gained independence in 1960, the UPC government who previously fought the French colonial government continued fighting.

The newly appointed president Ahmadou Ahidjo was considered a puppet to the French. Ahidjo asked the French for troops to help keep the peace on Cameroon’s journey to democracy.

General Max Briand, who had served in Algeria and Indochina, started a peace campaign in the West, Centre and Littoral provinces. There were talks of human rights abuses on both sides. There were losses of tens of thousands; some say the death knell is as high as hundreds of thousands.

The UPC leaders were exiled in 1960. They were isolated and frantic. They kept getting into unnecessary squabbles and had no intel on what was happening in Cameroon.

French agents poisoned one of the leaders of the UPC using thallium on 13 October 1960. He died on November 4 1960 and Ouandié became the leader of the UPC.

On 1 May 1961, the military tribunal in Yaounde condemned Ouandié and Abel Kingué to be deported.

Ernest Ouandié returned to Cameroon from Accra secretly. He continued working on the overthrow of the Ahidjo regime. South Cameroon gained independence from the British and joined a loose federation with East Cameroun on 1 October 1960.

Abel Kingué died in Cairo on 16 June 1964. Ouandié was now the last man standing from the original leadership.

The seating president of Cameroon declared Ouandié as the number one enemy of Cameroon.

The UPC were afraid of betrayal and the government took advantage of the fear of rebel guerillas to justify the increase in the number of security forces occupying Bamiléké towns and villages. The guerilla was hunted daily and fought more in the kitchen than in the forest.

A priest, Albert Ndongmo was made bishop of Nkongsamba in 1964 in a diocese within the guerilla area.

He said that the president asked him to mediate with Ouandié to help end the fighting. He had a series of meetings with rebels.

In 1970 when Ouandié reached out for help, the priest picked him up and housed him. He stayed a few nights. The priest insists that his actions were consistent with the president’s instructions.

He travelled to Rome to respond to questions on his business dealings. Before he left, he sent Ouandié a warning.

Ouandié and his secretary took refuge with his catechist on the outskirts of Mbanga. The catechist declined to help and instead alerted the police.

Ouandié and his secretary ran but were in unfamiliar territory. Police and the local people helped haunt them down.

They disagreed over the way to go and went in different directions. Ouandié hid in banana plantations, under bridges and yet he was lost. On August 19, 1970, Ouandié surrendered to the authorities near Loum. He was tired, hungry, thirsty, and disoriented.

He asked a passerby for help and was recognized. His supposed helper started leading him towards the gendarmerie.

As they neared the building, Ouandié saw that he was being betrayed. He left the man and went towards the security and informed them of who he was.

The officers panicked and fled but returned at his cry for help. He was taken to Yaoundé by helicopter and imprisoned.

The priest was arrested when he returned from Rome.

On 29 August, the dailies ran a misleading story about the priest. They also reported that government forces caught Ouandié.

The reporter, editor and publisher were picked up and convicted on a military tribunal.

Ouandié was tried in December 1970 and condemned to death. He was executed by firing squad on 15 January 1971 at Bafoussam.

Ernest Ouandié was accused of attempting a revolution and organization of armed bands, assassinations etc.

He refused to be blindfolded. There was a dispute between him and the authorities. He was granted his wish.

As the bullets hit him, he fell shouting, “Others will continue the struggle”.