Thomas Wiggins: A Blind Autistic Slave Who Became the Highest Paid Pianist of His Time 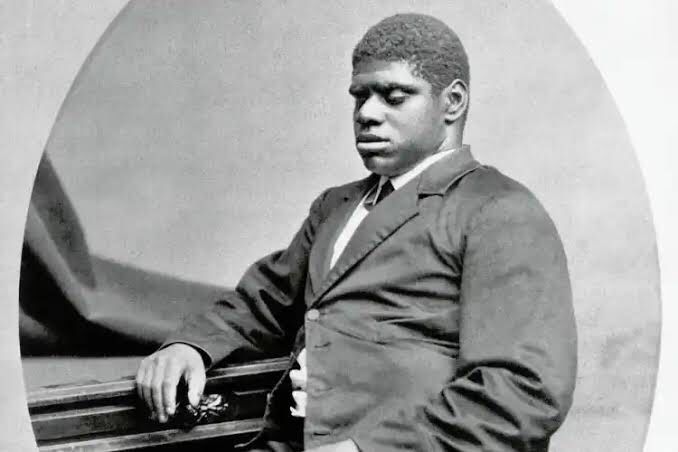 Thomas Wiggins also nicknamed Blind Tom was a black blind Autistic man born into slavery.
He was born on the 25th of May 1849, in Harris County, Georgia.

Soon after his birth, Gen. James Neil Bethune, a newspaper editor who supported independence from the Union, eventually bought him.

Bethune soon discovered that this infant was unique. Tom was especially sensitive to sounds.

Additionally, historians assume that the child, whose emotional development never really manifested, likely had some sort of autism.

Despite his constraints, Blind Tom soon mastered the art of sound memorization. He would memorize the songs that Bethune’s girls played on the piano and imitate them.

After hearing a piece of music just once, he was able to play it with precision. The attentive listener learned songs with a distinctive harmony.

From there, he learned to play well-known minstrel songs, waltzes, and polkas before progressing to playing more challenging piano compositions. Bethune watched Blind Tom amuse his own family and saw a chance.

Bethune sent Blind Tom to Perry Oliver, a music promoter when he was eight years old and he set up a tour for the little prodigy.

This arrangement paid Oliver and Bethune up to $100,000 per year, which was a huge sum at the time, making Blind Tom one of the highest-paid pianists of the 19th century.

He was also one of the most well-known American playing pianists and African-American musicians of the 19th century.

Thomas Wiggins was the first African-American to deliver a command performance in the White House in 1860, in front of President James Buchanan. Unfortunately, many exploited Blind Tom’s unique abilities.

He wasn’t emotionally mature enough to completely comprehend what was happening when he conducted concerts, therefore he didn’t. Bethune made sure his student had a qualified piano instructor with him while on tour.

After some years, Gen. Bethune allowed his son, John, to oversee Blind Tom’s career.
Blind Tom, who was a teenager at the time, made an average of $50,000 per year performing all over the United States and Canada. The majority of his money, nevertheless, went straight to his “manager.”

Bethune obviously didn’t give Blind Tom any of the proceeds. He chose to live a luxury lifestyle instead. Despite no longer being a slave, the pianist’s infirmities meant that the Bethune family nevertheless had guardianship over him.

Regrettably, he was never completely able to enjoy his abilities or the results of his effort. For the entirety of his life, he was totally reliant on the Bethunes.

Halfway through the 1880s, Wiggins’s guardian and main exploiter, Gen. Bethune’s son John, died in an accident, leaving behind his wife Eliza Bethune and Tom. This was a significant turning point in Wiggins’s life.

Eliza Bethune learned that John had left her out of his will soon after Wiggins’ guardian passed away. Furious, she filed a lawsuit in order to take custody of Wiggins from the Bethune family and seek guardianship, which Wiggins’ mother backed.

Eliza set up Tom’s appearance on the well-known vaudeville circuit following her victory in court, starting at Brooklyn’s Orpheum Theatre.

Before his health started to decline, he performed in vaudeville for about a year. His performing career in front of an audience came to an end in December 1904, it is said due to a partial stroke.

As a result of his partial paralysis, Wiggins remained hidden from view, however, his neighbors could always hear him playing the piano.

Tom experienced a serious stroke once more in April 1908, and he passed away in June of that year at the age of 59.

He was laid to rest in Brooklyn, New York’s Cemetery of the Evergreens. Long obituaries were published in newspapers all around the nation, but Black media were typically the ones to note that Thomas Wiggins, the incredibly talented pianist, and composer, was exploited throughout his life.