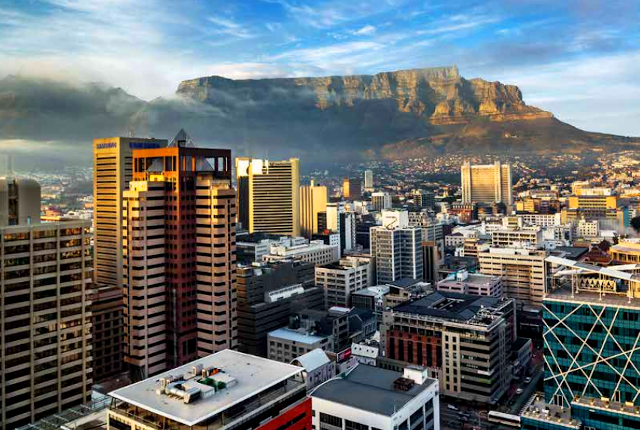 Therefore, the question of which nations are most responsible for the current economic development in East Africa persists.

We are interested in learning about the most prosperous and economically dynamic nations in East Africa, so here are the 10 richest countries in East Africa in 2022.

We base our rankings on GDP per Capita since that is the statistic that the general populace is most interested in.

The Horn of Africa, an elevated region in East Africa, is where the Republic of Djibouti is situated.

Djibouti is takes the first position as one of the richest countries in East Africa.

The GDP per capita of Djibouti is 5,855 USD, making it the richest nation in East Africa. Its economy is extremely developed.

The services industry is mostly responsible for this. The services sector makes up about 79.7% of the GDP, with industry coming in second at 17.3% and agriculture coming in third at 3%.

Vegetables and fruits are the main producing crops because of the insufficient rainfall.

The second-richest nation in East Africa is Kenya. The colonial authorities in British East Africa established Nairobi as a rail depot on the Uganda Railway in 1899.

Tanzania and Uganda are nations that are near Kenya. There are 10,411,220 people living in the nation.

Kenya is among the richest countries in East Africa with a GDP of $4,078. Kenya’s services industry is flourishing, and Nairobi is home to some of the continent’s biggest corporations. This demonstrates Kenyan Shilling’s potential strength.

Also read: 10 African Countries With The Most Powerful International Passport

Tanzania is a nation in East Africa that is part of the African Great Lakes region. It is bordered by Uganda, Kenya, and the Comoro Islands, and to the east, it faces the Indian Ocean.

Africa’s tallest mountain, Mount Kilimanjaro, is located in Tanzania. The country’s economy is supported by high gold prices, and it has a GDP per capita of 3,652.

The mining industry is thriving throughout the nation. Tourism, telecommunications, and finance are additional economic sectors.

East African nation of Uganda is the fourth on the list of richest countries in East Africa. Kenya, South Sudan, the Democratic Republic of the Congo, Rwanda, and Tanzania are its neighbors.

The export of goods including coffee, reexported oil, basic metals and products, fish, maize, and cement boosts the nation’s economy.

With a growth rate of 6.3% in the fiscal year 2020/21, Ethiopia’s economy is among the richest countries in East Africa with the fastest growth rates.

The largest and most populous country in East Africa is Ethiopia. One of the economies in the world with the fastest growth rates, the nation has a GDP of 2,702.

About 85% of the workers in the nation are employed in agriculture.

The Democratic Republic of the Congo, Tanzania, Burundi, Uganda, and Burundi all border the landlocked nation.

The population of Rwanda, one of the smallest nations on the continent of Africa, is 12,374,397.

A brutal genocide that took place in Rwanda utterly destroyed the country’s economy. With a GDP of 2,642, the nation has made some progress.

In the nation, subsistence farming is quite significant. Important food crops include potatoes, beans, sweet potatoes, cassava, wheat, and maize.

The two main cash crops grown for export are coffee and tea.

Ethiopia, Sudan, the Central African Republic, the Democratic Republic of the Congo, and of course Uganda and Kenya are the nation’s neighbors.

Approximately 12,778,250 people reside in the nation. South Sudan has a GDP of 1715 which makes it rank seventh position on the list of the richest countries in East Africa.

One of the least developed economies in the world is that of South Sudan. Given that the nation’s natural resources include petroleum, iron ore, copper, chromium ore, zinc, tungsten, mica, silver, gold, and even diamonds, some change may be in the works with focused efforts. Hydroelectric power export is a possibility.

Despite having one of the lowest GDPs in the world (1,103), Eritrea has seen significant economic progress in recent years.

The extensive production of gold, silver, and cement is a major factor in the recent expansion of the Eritrean economy.

Agriculture employs 70% of the labor force in Eritrea.

They raise cattle, sheep, goats, and camels in addition to sorghum, millet, barley, wheat, legumes, vegetables, fruits, sesame, and linseed. However, the majority of the goods are exported.

Somalia is a nation in the Horn of Africa with Mogadishu as its capital. Ethiopia, the Gulf of Aden, the Guardafui Channel, and Kenya are its neighbors.

Given that Somalia has the longest coastline on the continent of Africa, shipping and international trade have a lot of promise there.

The most significant economic sector in Somalia is agriculture. Agriculture employs around 65% of the labor force and contributes roughly 65% of the GDP.

On our list of the richest nations in East Africa, the landlocked nation of Burundi comes in last place.

Rwanda, Tanzania, the Democratic Republic of the Congo, and Lake Tanganyika form the nation’s borders in the southwest.

Mining opportunities are quite limited, and the industrial industry is undeveloped. Though most are subsistence farmers, more than 90% of the population works in agriculture.