Top 7 Safari spots you must visit in Kenya 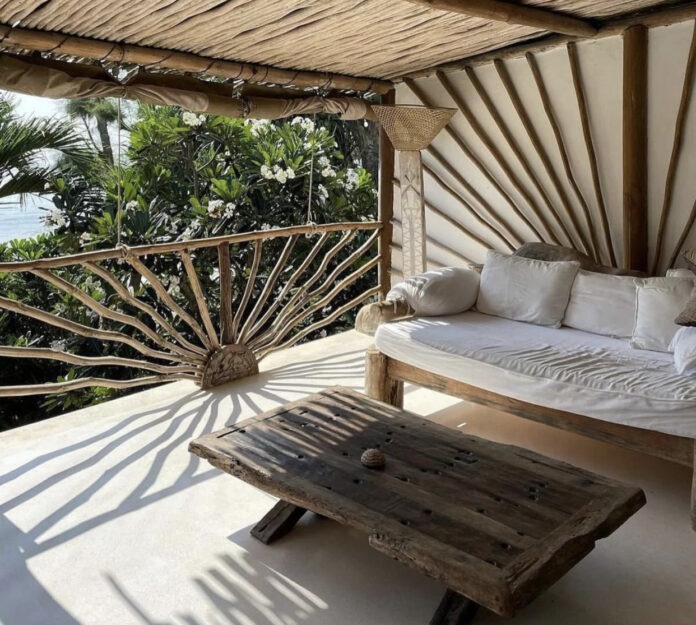 Almost every adventurous person wants to visit Kenya at least once in his or her lifetime. Many Africans and non-Africans have it on their to-do lists or things to do before you are thirty. Kenya is a fascinating place of culture and entertainment.

Kenya has one sweet spot you should not miss. Even if you do not visit any other place, ensure that you visit The Great Rift Valley; you can check it out on number 4.

Below are seven safari spots you should check out in Kenya.

For fun and adventure in Kenya, one of the best places to visit is the Ambroseli National Park. It is located in Loitoktok District, Rift Valley Province of Kenya and has an endless underground water which is filtered through thousand feets of volcanic rock. It flows from Kilimanjaro’s ice cap, which flows into two clear water springs in the centre of the park.

This place is famous for being one of the best places to come up close and personal with free-ranging elephants, and other wildlife species. You also get to meet the Maasai people and catch brilliant glimpses of Mount Kilimanjaro.

Ambroseli is blue skies and swampy springs with dry and dusty earth being trodden by many animals. 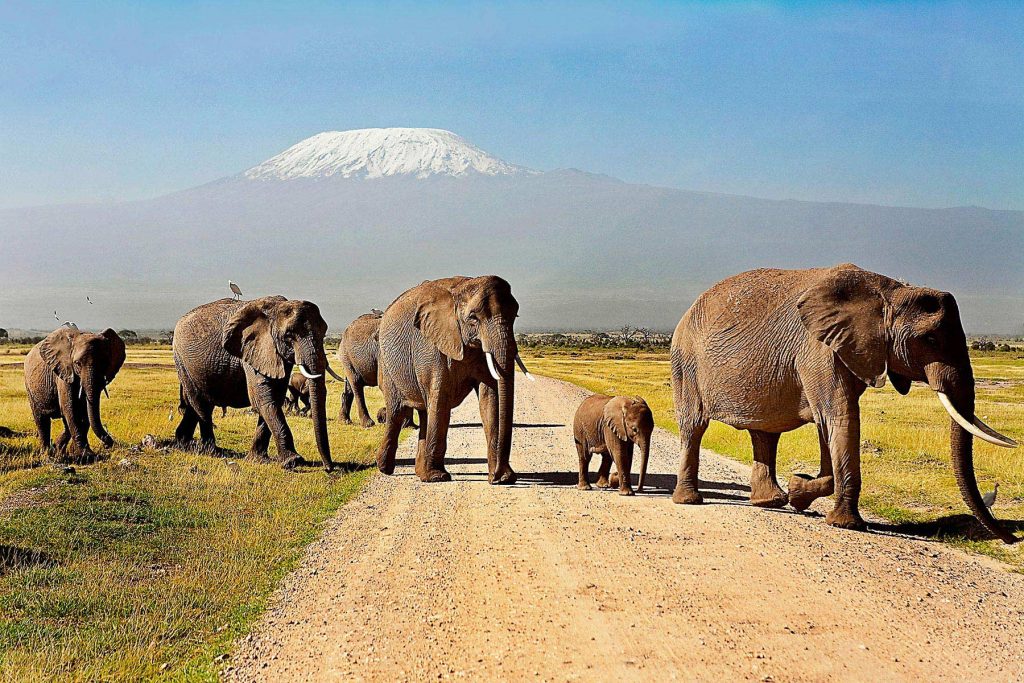 This is the second-highest mountain peak in Africa. If you love hiking or climbing, you are sure to enjoy your visit to this national park. There are many species of plants in Kenya. The beautiful scenery and pristine wilderness with lakes, tarns, glaciers and peaks are some of the great attractions of this park.

Visiting the Mount Kenya National Park is always an amazing experience includes activities such as hiking, camping, and the exploration of caves. There are seven routes up the mount, which has three peaks. Only climbers with advanced climbing abilities dare to attempt to climb the two peaks.

On your climb up the mountain, you will see many habitats that are home to the Buffalo and Elephant to the Bamboo forest.  If you want to climb the mountain, a minimum of three months is recommended to help you acclimatize and avoid altitude sickness.

Climbers often climb from the middle of January to February and from August until the end of September. The wet season often has poor visibility and so the climbers take a break in those seasons. 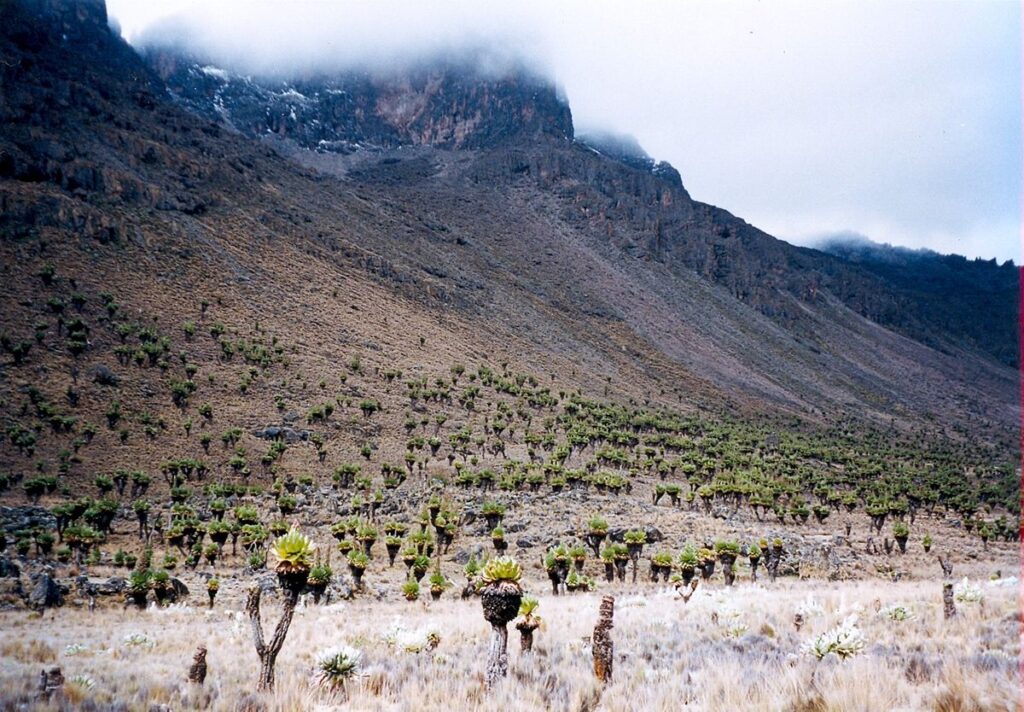 This is a game reserve located on the banks of the River Ewaso Ng’iro in Kenya. On one side of this river is located the Buffalo Springs National Reserve. The park is located in Nairobi.

Some of the activities you can do in watching the Spot gerenuk, beisa oryx, Greyy’s zebra, reticulated giraffe and Somali. They are referred to as the Samburu Special 5. The accommodation in the Samburu resembles Bedouin-style tents and lodges built in and around giant volcanic rock faces.

You can gain access to the Samburu way of life and see how it is different from the Maasai. There are at least 450 different species of birds, kori bustards, vulturine guinea fowl and secretary birds. You can have access to guided tours around the hills and the magnificent outcrops. Explore the scrubland on camels and enjoy the stories of the lions and lionesses who reside in the Samburu National Park. 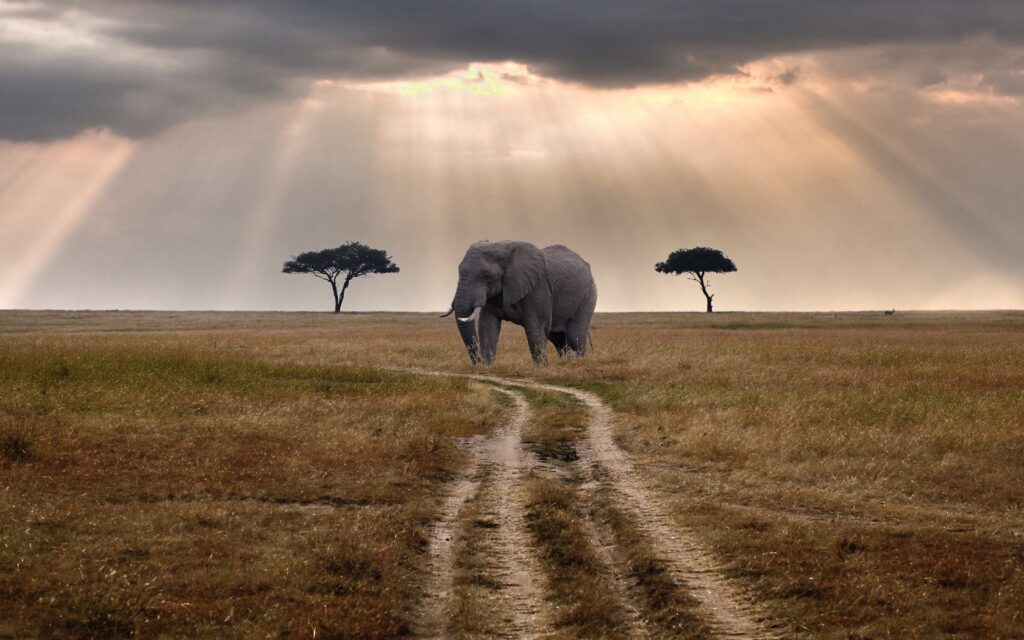 The Great Rift Valley is a geographical and geological feature that ranges from the north to the south of northern Syria to the centre of Mozambique in East Africa.

Astronauts have said of the Great Rift Valley, that it is the most significant physical detail on the planet that is visible from space.

In Africa, the terrain ranges from salt flats below sea level to snow-capped mountains that tower over everything else. The Rift is known for its breathtaking sceneries and ample and exceptional wildlife.

It consists of a series of thirty lakes that lies along its length. They include the three largest lakes in Africa that are known as the Great Lakes. They also include Lake Tanganyika (the second deepest lake in the world), and Lake Victoria (the second largest freshwater lake by surface area). According to archaeologists, they have discovered some of the oldest ruins of ancestral humans in the Rift Valley. 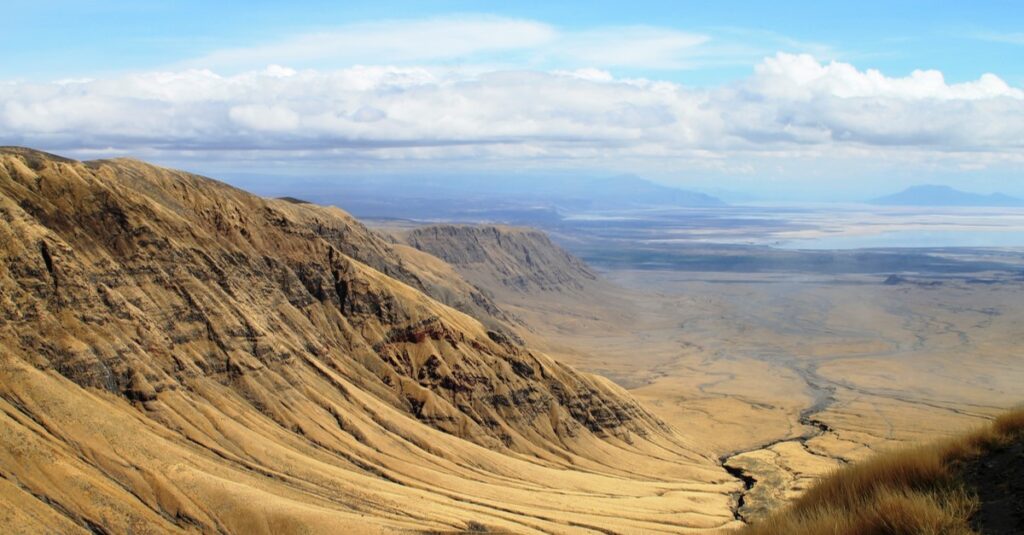 It is the main attraction within the park with an impressive height of over 4000 meters. It is believed to be the oldest extinct volcano in East Africa.

Although it is a small part, it has many different habitats including savannah, montane forest, woodland, and alpine moorlands. In June and Jul, the Park is known amongst the locals as a place with abundant wildflowers that cover the moorlands. Orchids are one of the main highlights. 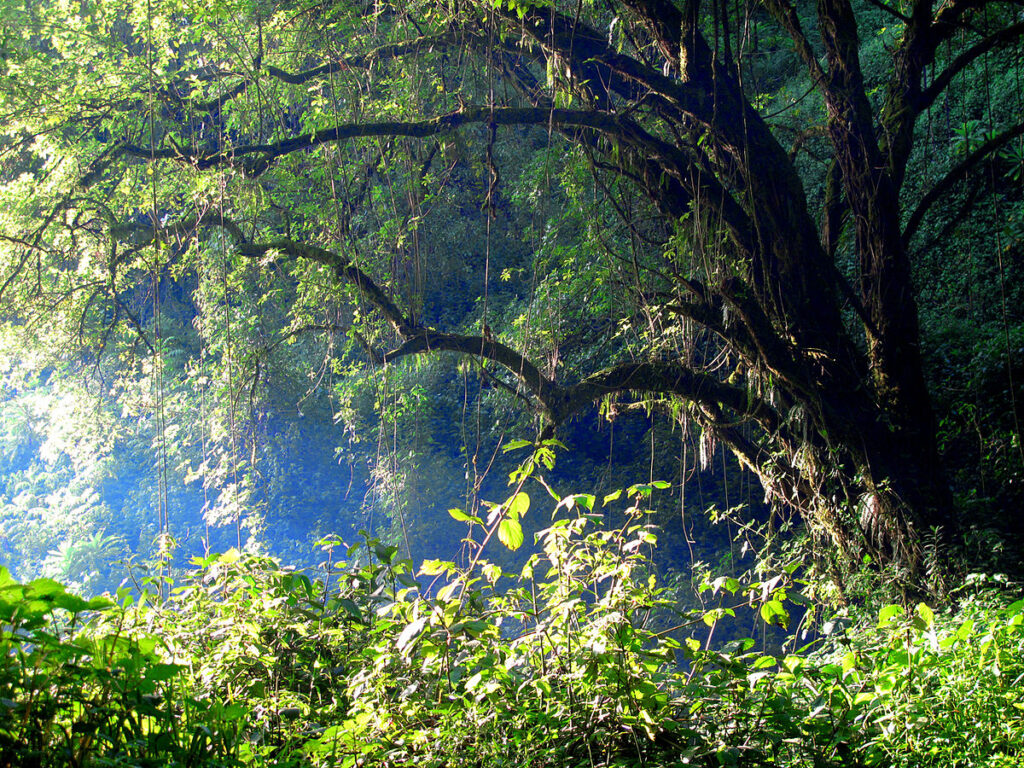 The landscapes of the park have mainly cliffs, waterfalls, caves, mesas, gorges, calderas, hot springs and mountain summits. You can also explore the Kitum cave located on the side of Mount Elgon. The hot springs can sometimes reach a temperature of 48 degrees Celcius and can be seen in the volcanoes’ craters.

Some of the wildlife species that can be found on Mount Elgon National Park are buffalo, bushbuck, elephants, antelopes, duiker, giant forest hogs, bushpigs, and the white and black colobus monkeys. Others are hyenas, leopards, and African wild cats are predators that tourists look out for in wildlife parks.

One other tourist spot that is well appreciated in Kenya is the Sheldrick Wildlife Trust.

The Trust is a place that specializes in elephant rescue and wildlife rehabilitation programs. Dame Daphne Sheldrick founded it in 1977 in honour of her late husband. Her daughter has run the trust since 2001.

It is the first conservation foundation of its kind and is dedicated to the protection of wildlife and the preservation of many different habitats in East Africa.

The entire organization is a tribute to David and Daphne Sheldrick and the work they did for their entire life as guardians of the wild animals and lands in Kenya.

Their work of protecting vulnerable predator populations empowers and educates local communities and stakeholders about conservation and ecological stewardship. 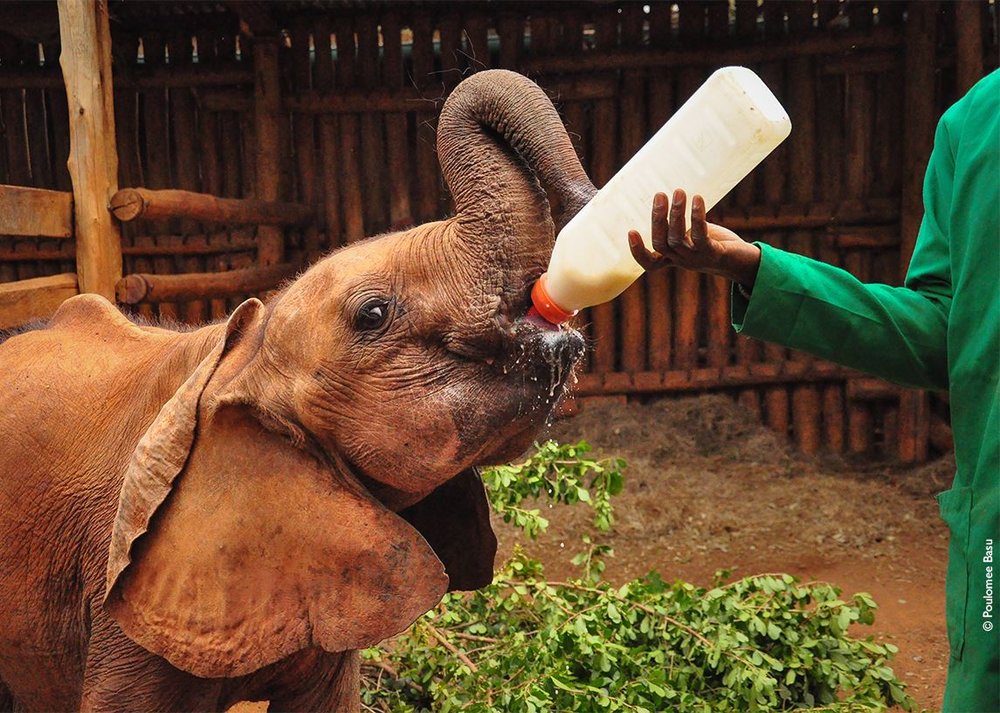 Fourteen Falls is an outstanding waterfall very close to Thika town. The resort gets its name from 14 different waterfalls. They can be found on the broad section of the well-known Athi River.

The Fourteen Falls is so named because of 14 different waterfalls on the broad section of the Athi River. They are located near Delmonte Fld 59, Kenta. The scenery in and around the falls is guaranteed to cause you to drool. There is an admission fee of 400 Ksh. 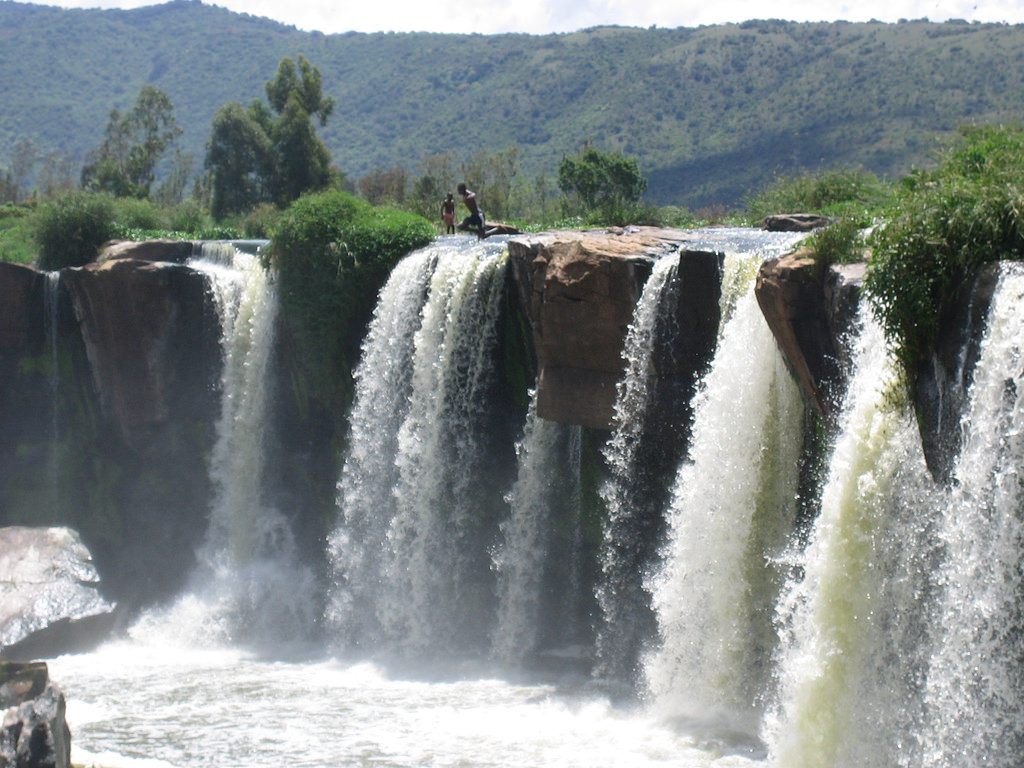