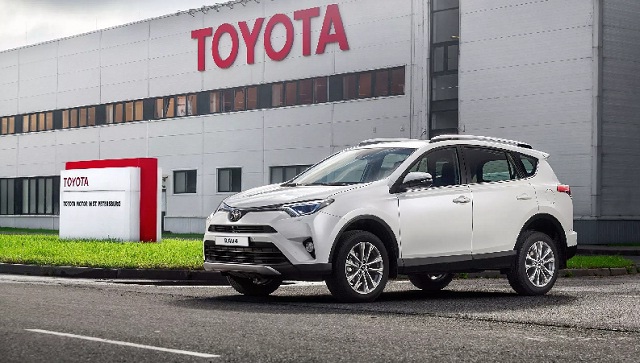 Toyota manufacturing company has recalled some of its recently sold vehicles in Uganda over safety concerns.

The manufacturing company, issued a statement which read; “If you own a Hilux manufactured between 2011-2016, your airbags have a factory defect and need to be replaced immediately. If your vehicle identification number is listed on  the media advert, call 0800211033 to book your free airbag replacement at our Namanve, Kampala, Mbale or Gulu branches.”

Over the years, especially recently as the company produced a batch of electric vehicles, there has been issues similar to this.

Recall that Toyota months ago, announced a recall of 1.7 million vehicles in North America as part of an overall effort to replace faulty Takata airbags, which are linked to about 20 deaths worldwide.

The Japanese automaker did not say whether there were any injuries or serious incidents related to the recent recall.

The manufacturer is also recalling its first conventional electric car and one of its large pickup trucks for problems that could cause nuts or bolts to loosen and wheels or axles to separate.

Toyota has warned owners of BZ4X electric SUVs to stop driving them, as the wheels could fall off. The SUVs have only recently become available in the US and the notice and recall announced by Toyota Motor Sales USA on Thursday applies to all of the approximately 260 BZ4X SUVs that have been delivered to customers to date.

BZ4X owners must stop driving the vehicles immediately, according to Toyota’s announcement. The bolts that secure the wheels can loosen after a relatively small number of miles on the road, which can cause the wheels to come loose. Toyota is still investigating why this might happen and under what conditions.