TV Series on Polygamy During Ramadan Causes Controversy in Tunisia 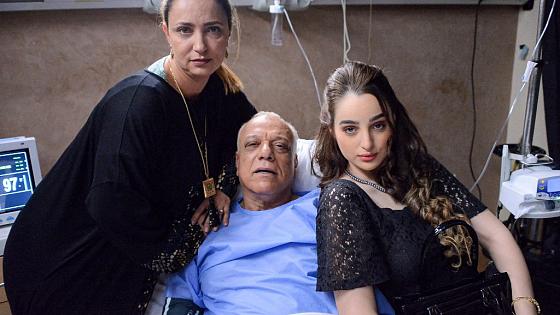 A television series shown during the month of Ramadan has sparked controversy by addressing the issue of polygamy in Tunisia, as the law in this Arab-leading country in women’s rights has for decades prohibited a man from marrying more than one woman.

Nass, the main character in the series, asks, in the third episode, to marry a second wife “in the tradition of God and His Messenger” and confirms in front of his wife and children that he has the right to do so according to Islamic law, describing it as a law “above all other laws.”

The series, entitled “Innocence”, has been broadcast on the private “Al-Hiwar Al-Tunisi” channel since the beginning of the Muslim fasting month, at the time of Iftar.

The anti-Islamist Free Constitutional Party stressed that “these issues have been resolved since 1956, and the prohibition of these practices is among the acquired rights of Tunisian women, and there is no way to retreat from them or put them up for discussion again.”

The CSP, enacted five months after the country’s independence, is revolutionary legislation that granted Tunisian women rights unprecedented in the Arab world. It abolished polygamy, prohibited repudiation, and instituted judicial divorce. Only civil marriage is recognized by law.

For the LDP, “these crimes” (polygamy and customary marriage, editor’s note), punishable by one year’s imprisonment, have reappeared in Tunisian society since the Islamist-inspired party Ennahdha came to power in 2011.

Sociologist Mohamed Jouili is reassuring: the series “is a work of dramatic art that does not systematically reflect Tunisian society. It provides tools to debate social issues, “talk about polygamy or orfi marriage” but “in no way threatens the achievements of women”, he told AFP.

In his view, the controversy illustrates “a social hypocrisy”, because “we agree to discuss these phenomena in private, among friends, but we get indignant and angry when they are mentioned in public”. The sociologist denounces “a stupid instrumentalization to gain political points”.

The “exaggerated reactions against this series aim to make people think that everything related to the Muslim religion is retrograde,” Nadia Abdelhak, a 28-year-old civil servant, told AFP. These issues, which are not usually discussed, remain taboo subjects, yet they are phenomena that exist in Tunisia, said Foued Ghorbali, another sociologist.

The anti-Ennahda party affirmed that “the scenes shown in the series represent a warning siren for Tunisian women to pay attention to the insult that awaits them in the form of the dark forces monopolizing decision-making positions.”

The “Aswat Nisa’a” organization, which defends women’s rights in Tunisia, considered that “customary marriage” and polygamy “is a type of violence against women”, and considered that this is “normalization with the culture of impunity and the lack of supremacy of the law.”

The freedom of expression acquired after the 2011 Revolution has even encouraged some to call for the return of polygamy, including a collective of women who organized a demonstration in early 2018. According to statistics from the Ministry of Justice, 1,718 “orfi” marriage cases were examined by the country’s courts between 2015 and 2020.

The organization called on the “Higher Independent Authority for Audiovisual Communication”, which is responsible for monitoring the content of television programs, to intervene.