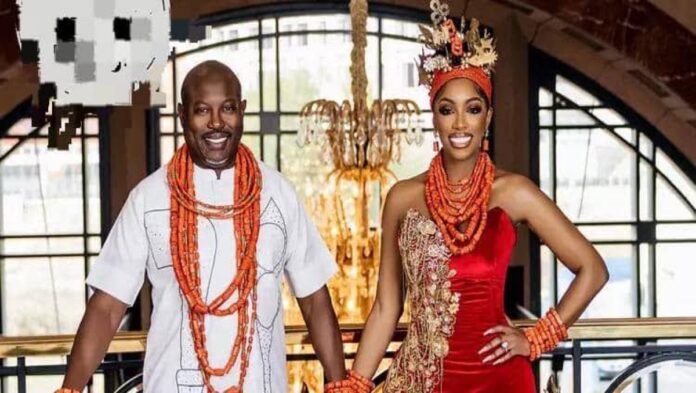 According to People, the couple held the event at the Four Seasons Hotel Atlanta for 250 guests. And then they had a white wedding on Saturday night.

In an exclusive interview with People, the Real Housewives of Atlanta star said she’s “very excited” about the big step she’s taking.

“I’m ready. I’m not even nervous. I mean, I know I’m marrying the love of my life and that will only strengthen our relationship and our family ties. I’m calm and excited,” she said.

Guobadia, while also expressing excitement, said he was a little nervous, but for a different reason.

“When you say you’re a little nervous and you’re about to walk down the aisle,” he said, “people are like, ‘Ugh.’ “But my nervousness comes from family and friends I don’t know. seen it in Atlanta a long time ago!” added Guobadia.

Williams and the Nigerian businessman announced their engagement in May 2021, shortly after Guobadia announced his split from ex-wife Valene, another Real Housewives of Atlanta star.

Williams revealed in the announcement that our relationship began a month ago – yes, we’re madly in love. “I know it moves fast, but we live life to the fullest every day. I choose happiness every morning and every night.

“Exploring all the negative energy and only focusing on the positive desires. It makes me so happy and for me that’s the most important thing. It’s really a beautiful time in my life and we can’t wait to spend the rest of our lives together,” adds Williams.