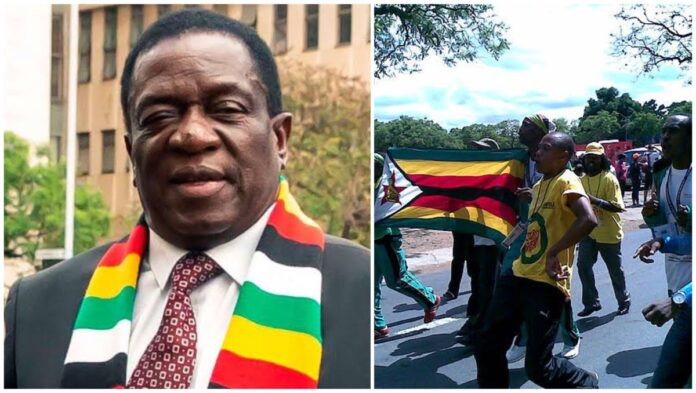 The government of Zimbabwean President Emmerson Mnangagwa has passed a proposed law aimed at punishing “unpatriotic” citizens as the 80-year-old ruler allegedly seeks to silence critics and consolidate his rule.

Shortly after winning the contentious 2018 election, President Mnangagwa promised legislation to punish Zimbabweans who are pushing for sanctions against the country.

The government said the proposed law, which would be known as the Patriot Act, would be modeled on the US Logan Act.

The Logan Act is a federal law criminalizing unauthorized dealings by US citizens with foreign governments that have disputes with the United States.

The law is designed to prevent unauthorized deals from undermining the position of the United States government.

Zimbabwe’s Information Minister Monica Mutsvangwa told reporters in Harare on Tuesday that the cabinet had passed the Criminal Code Amendment (Codification and Reform) Bill 2022, targeting those deemed harmful to the country’s national interests.

“The Cabinet considered and approved the Criminal Code Amendment (Codification and Reform) Act 2022, tabled by the Minister for Justice, Legal and Parliamentary Affairs, the Honorable Ziyambi Ziyambi, in his capacity as Chairman of the Cabinet Legislative Committee,” Ms. Mutsvangwa told reporters during the conference.

Critics say the proposed law is part of an ongoing assault on freedom of expression by Zimbabwe’s ruler, who came to power in 2017 after a military coup that toppled the late President Robert Mugabe.

Returning from his brief exile in South Africa after the coup, Mnangagwa, a former lieutenant to the late Mugabe, promised a new kind of democracy under his rule. But he has been accused of being more authoritarian than his predecessor.