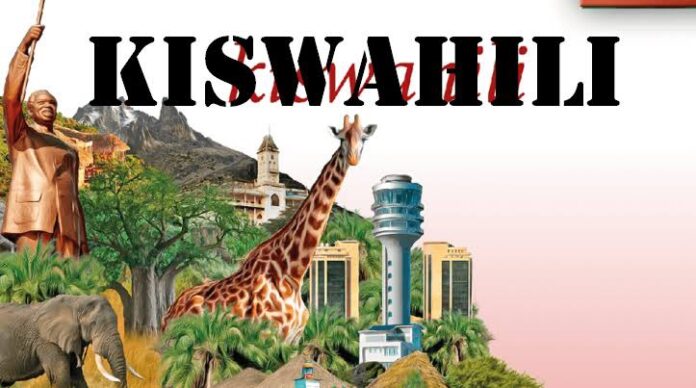 The Ugandan government has adopted a resolution by the East African Community (EAC) to make Kiswahili the official language for the bloc alongside English.

Uganda’s cabinet agreed on Monday to implement the directive, which was reached during the 21st Extraordinary EAC Summit in Dar es Salaam in February 2021.

During the summit, the heads of state amended article 137 of the bloc’s treaty to introduce the common language as an alternative language for conducting official EAC business.

Thereafter, the government of President Yoweri Museveni recommended compulsory teaching of Kiswahili in primary and secondary schools in Uganda.

“It was also agreed that training programs will be initiated for Parliament, Cabinet, and the media,” said Dr. Chris Baryomunsi, Minister of ICT and National Guidance, Uganda.

This move will likely end the old joke that “Kiswahili was born in Zanzibar, grew up in mainland Tanzania, got sick in Kenya, died in Uganda and was buried in the Democratic Republic of Congo.”

With the Ugandan government’s commitment to institutionalizing the language, public perception and approval remain the biggest hurdles in the country where English is the official language.

Since the 1970s, Ugandans have associated Swahili with death and destruction following human rights abuses and other atrocities committed during the Idi Amin dictatorship and civil wars.

Recall that Amin spoke and supported the language in his rebellion against colonialists, whom he promised to “teach a lesson”.

Some of his soldiers used the language when unleashing terror on Ugandans, hence the dark memories among the anti-Kiswahili people.
The language in question is associated with the Swahili population and is spoken by over 200 million people worldwide.

In February of this year, the African Union adopted Kiswahili as one of its official working languages, three months after the United Nations Educational, Scientific and Cultural Organization (UNESCO) declared July 7 as World Kiswahili Language Day

The language is already a national and official language in Kenya and Tanzania and one of the four national languages ​​of the Democratic Republic of Congo, the newest member of the EAC. It is also spoken by nearly 50 and 70 percent of the population in Rwanda and Burundi respectively.

A product of the fusion of Bantu and Arabic dialects, Kiswahili is not only recognized as a language spoken by East Africans, but is rich in dialect and expression. The language is used in many urban centers in EAC member states for social interaction and commerce.

The Kampala decision comes nearly five years after the EAC Council of Ministers instructed partner nations to formulate national Kiswahili language policies and improve the use of the language in official settings.

In April 2017, the Council also asked member states to begin institutionalizing the by establishing Kiswahili National Councils and National Associations.

Article 119 of the EAC Treaty provides for the development and promotion of indigenous languages, in particular Kiswahili, as a lingua franca.

In addition to East Africa, Kiswahili has spread across the continent and is widely spoken in Zambia, Malawi, Mozambique, Madagascar, and Comoros.

In June 2020, South Africa introduced Kiswahili as an optional subject in the hope that the language could become a tool to promote cohesion among Africans.