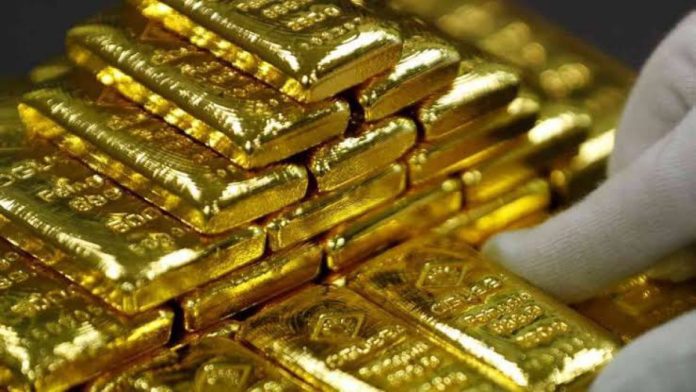 Uganda discovers 31 million tonnes of Gold Ore deposit said to be worth millions of dollars. The East African nation announced its discovery with hopes of attracting more investors into its mining sector and further developing its Economy with the rising demand for gold.

President Museveni announced the discovery in his State-of-the-Nation Address yesterday but gave little specifics except that the Gold Ore deposit would be worth more than $12 trillion to Uganda.

Mr. Museveni highlighted that technocrats in the Ministry of Energy and Mineral Development had advised the Ugandan Cabinet that the country was on track to receive just under $700 million in royalty payments, with investors prepared to profit from the bonanza.

The President noted that the time for Uganda to ship unprocessed exports has ended, citing six local gold refineries, including the Africa Gold Refinery in Entebbe, which the US sanctioned in March for the illegitimate source of its gold.

According to Solomon Muyita, a spokesperson for the Ministry of Energy and Mineral Development, the gold-rich areas of Uganda include Alupe in Busia and Karamoja in eastern Uganda; Kameleng, Kisita, and Ngugo in Kassanda District in central Uganda; and Bushenyi’s Tiira area in western Uganda.

According to a paper issued by the line ministry, the reserves are assessed to be 31 million tonnes of gold ore, or net 320,158 tonnes of gold, valued at $12.8 trillion.

If the calculations are correct, the new gold discovery will likely outweigh the expected windfall from oil still in the ground in the Albertine region.

Mr. Muyita said a Chinese-owned company, Wagagai, named after Mt Elgon’s highest peak, plans to mine and refine at least 5,000 kilograms of gold per day in Busia by the end of the year.

Approximately 2,000 artisanal miners work in the district, with hundreds more making out a living in Karamoja and Kassanda by indulging in primitive extraction of the rare stone, posing health risks and resulting in clashes with police enforcement.

There were no readily available numbers on how many new employment opportunities will be created as a result of the massive gold discovery. However, the numbers seem to range between thousands.

Although, there is little information concerning the variables of both the “long-term and short-term” effects of the predicted gold rush on the economy. However, the Ugandan economy is expected to see more billions of dollars flow in and out of its system after the country begins extracting oil.

According to government records, Uganda’s gold exports have increased since the opening of the Africa Gold Refinery in Entebbe.

Uganda, on the other hand, imported about $2 billion worth of gold, making it the world’s 18th highest gold importer, according to Cabinet records.