Kenyan Abuses At The Hands of Chinese Bosses Raises Concern 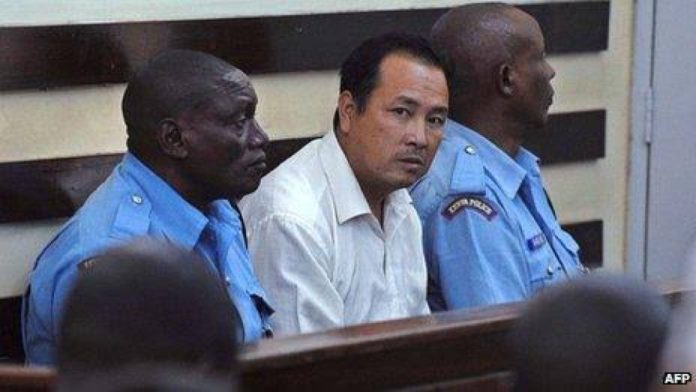 There has been an increase in the number of reports claiming that a “Chinese boss” abused or assaulted a Kenyan. These growing reports as they increase drastically has raised concerns among Kenyans and Africans alike.

Several online platforms and social media users have expressed their distaste for the growing rate of assault that occurs within Kenya, usually perpetrated by Chinese businessmen and women, who come into the country under the guise of wanting to set up firms and create employment.

Some online media platforms have described the unfortunate incidents and appalling events as “scenes resembling days of slave trade.” An interesting and sad description that quite covers the incidents, witnessed on and offline by Africans, through short video clips.

These video clips often show Chinese bosses, mistreat, flog and degrading Kenyan citizens. What perhaps saddens the bulk of those who react is that those who are affected are Kenyans who simply attempt to earn honestly.

There are dozens of such video clips, and many more keep surfacing online. For instance, the viral video of Simon Oseko purportedly being flogged by Deng Hailan at Chez Wou restaurant has shown quite significantly that something has to be done immediately to counter this issue.

China’s citizens are gaining a reputation for being arrogant bosses and brutal employers that break Kenyan laws with impunity.

Quite significant of such cases was that of the Sonlink boss, Lou Jiqqi. After a video showing him making a series of racist remarks in which he referred to Kenyan President Uhuru Kenyatta as a monkey was extensively posted on social media in September 2018, the Chinese man was eventually deported.

“Every one, every Kenyan… like a monkey, even (Kenyan President) Uhuru Kenyatta. All of them,” he said.

Though he was deported after prompt action was taken by the Kenyan government, news of his actions reached dozens of people online. It was revealed that he treated Kenyans at his Motorcycle assemblage plant in such terrible manner.

Recall that The Sunday Standard published an exposé that uncovered institutionalized racial discrimination, with unwritten regulations stating that Kenyan workers are not allowed to sit at the same table as their Chinese counterparts.

The new exposé notes that physical occupations were being taken over by an endless stream of Chinese workers, prepared to take over the duties as soon as a Kenyan was fired on specious grounds. Some Kenyans are said to be earning less than a fraction of what their Chinese rivals earned for the same job.