Study Shows Uganda Loses Over $2 Billion Every Year To Corruption 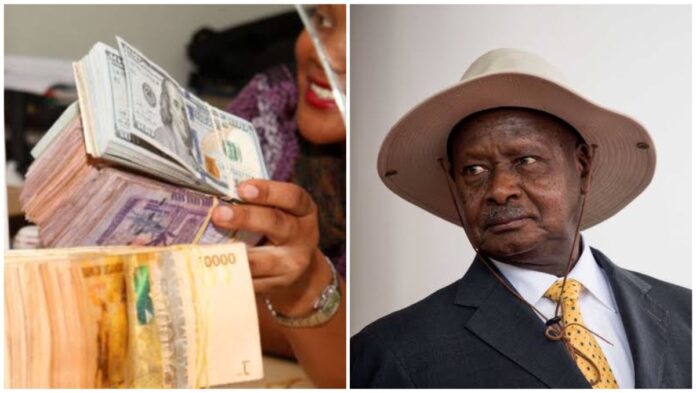 The Government Inspectorate carried out an empirical study to measure corruption in Uganda and found that Uganda loses over two billion dollars ( Shs9.144 trillion) annually to corruption in public and private institutions.

Overall, 23% of the country’s annual budget is lost to corruption. This study is the first of its kind and started in 2021.

It was funded by the federal government and conducted by The Government Transparency Institute (GTI), a nonpartisan think tank, which used a “red flag” methodology to analyze the Ugandan government’s spending.

The report datasets were collected, subtracted and categorized in two general ways, direct and indirect costs.

Direct costs refer to costs to citizens in the form of bribes. While indirect costs are costs that have generally been difficult to quantify in research.

Some of the direct cost criteria measured include wages paid despite absenteeism, which is estimated at $605 billion per year.

Ugandans are estimated to pay an average of $14.96 annually for bribing corrupt security officials.

As for the indirect costs of corruption, the criteria and figures in the report are as follows: Corruption in Foreign Direct Investment, Net Inflow (18.5 billion Shs), Supply of Confined Labor in Labor Market Activity (320.5 billion Shs), Bribery of Court Officials, and high interest rates that discourage small and medium-sized businesses from applying for loans (Shs 763 billion).

Loss due to incorrect and insufficient declaration of VAT by companies (136 billion Shs).

Speaker of Parliament Anita Among on Thursday expressed her deep concern about the report’s alarming figures.

The spokesperson said: “This is absurd because when we appropriate money and give money to the government, the government [then] says there is no money, but two billion dollars (9.14 trillion) money is embezzled. As IGG (Inspector General of Government), you still have a lot to do.”

The Inspector General of the Government, MS. Kamaya also commented on the findings, noting that corruption itself is not endemic, as raising awareness would help reduce the numbers. His concern was to change the way Ugandans think “so that people can acquire the ability to reject corruption”.

She said: “The challenge is mainly corruption because the population has accepted corruption as a way of life,” she said in an interview with the Sunday Monitor on Friday, adding: “People should know they are entitled to good service.

You must replace this way of accepting corruption with a sense of entitlement.” She also noted that money lost to corruption, if recovered, could dramatically improve the country’s economy.