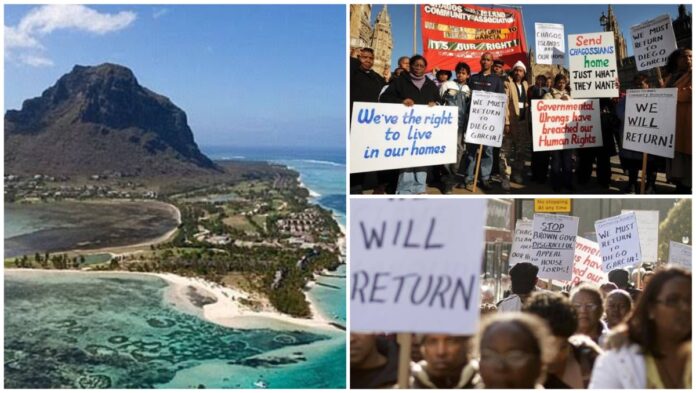 Descendants of Chagos islanders claimed their views were being ignored when the Prime Minister of Mauritius announced the start of negotiations with Great Britain over the sovereignty of the territory.

Pravind Jugnauth, who has led the Mauritian government since 2017, used his New Year’s speech to announce that talks are underway with London over the disputed Indian Ocean archipelago.

“Recent developments in the Chagos case are very encouraging,” he said. “Negotiations between Mauritius and Great Britain have already started.”

Mauritius, a British colony until its independence in 1968, claims the coastal islands as its territory, although they are administered by Britain, which shares a military base with the United States on one of the islands, Diego Garcia.

The talks are expected to lead to the return of former Chagos residents who were evicted by the British government in the 1960s and 1970s.

However, the UK is expected to continue seeking the rights to Diego Garcia, a key strategic asset for the US military.

Deep suspicions remain among descendants of the ousted islanders from Mauritius and Britain, who responded to the talks by raising concerns that they had not been consulted about the possible outcomes, a sticking point recently raised by the NGO Human Rights. Consider.

Rosie Leveque, 28, a lobbyist for the Chagos Islanders, said: “I feel like history is repeating itself – the two nations that treated my family like commodities are once again negotiating the future of our society without the community itself being involved.

“The 1965 Lancaster Accords, where Mauritius and the UK signed a document that relegates an entire people to a life of poverty and discrimination in both Mauritius and Seychelles – the same thing is happening again.”

Three years before Mauritius gained its independence from the United Kingdom, London isolated the Chagos Islands from the rest of the country in order to lease Diego Garcia Island to the United States for military use.

The British government then deported 2,000 Chagossians, which later became embroiled in a bitter legal battle to return them, culminating in a 2019 ruling by the International Court of Justice that the continued British occupation of the islands was illegal.