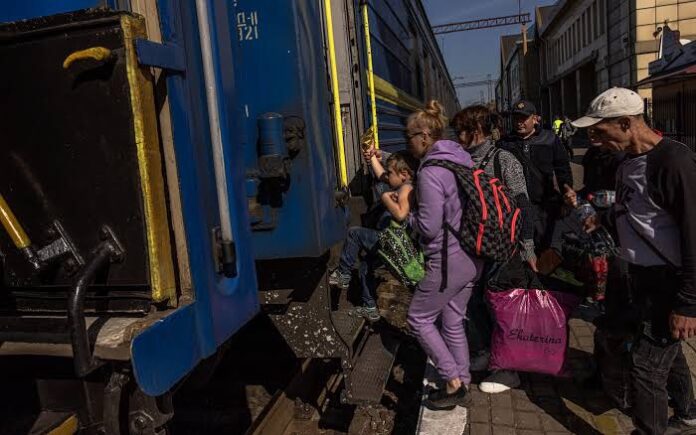 Several people traveling from Ukraine to the United Kingdom could be advised to take the Rwandan deal. A deal that seeks to take them to Rwanda as refugees rather than the UK. During a committee hearing in the United Kingdom; this suggestion was made and soon leaked to the public.

The situation became controversial when a U.K. minister refused to answer whether Ukrainians who arrived in the UK by boat could also be sent to Rwanda.

While at the “Home Affairs Committee;” the Minister, Tom Pursglove was asked about the exact treatment to be offered to Ukrainians who arrive in the UK via boat. Pursglove’s inability to answer directly created a controversial spin on the relocation policy. A policy was created to reduce the influx of Ukrainian refugees into the UK by directing them to Rwanda.

Rwanda As a Safe Haven

While the issue rages on and the controversial silence of the British minister becomes heavy on observers; some conservative MPs have criticized Ireland’s plan to relax all restrictions on refugees escaping war. They allege that it will open a back door to the UK, exposing the country to criminal elements.

It was pointed out that the common travel area for Ukrainians who do not pass British security checks or who are waiting for visas is to easily go to Northern Ireland from the Irish Republic and then take a ferry to the UK.

Dan Hobbs, the director of asylum, protection, and enforcement, was asked about Ukrainians migrating into Northern Ireland from Ireland by Stuart C McDonald; the SNP’s home affairs spokesperson and a committee member. He replied, “Depending on the individual circumstances, they may not fall into the ‘inadmissibility’ criteria.”

McDonald said: “You are leaving open the possibility that you can cross from Dublin to Belfast and conceivably end up in Rwanda.”

Earlier, Diana Johnson, the chair of the committee; asked Pursglove if Ukrainians who travelled to the UK by small boat would be ruled “inadmissible.” She proceeded to also ask if they would therefore be removed. “There is absolutely no reason why any Ukrainian should get into a small boat. No reason for them to hire a people smuggler to get into the UK,” Pursglove, responded.

Read also; Ex Haitian senator, John Joel, Faces Life Imprisonment as he is charged with conspiracy in the murder of Late President