Nigeria To Witness Lunar Eclipse On Monday (May 16th) 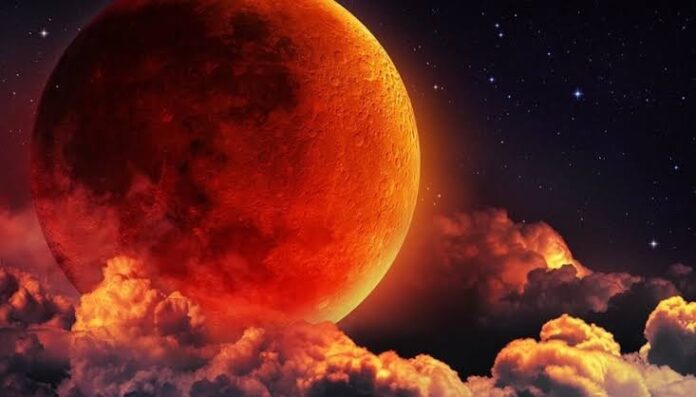 According to Prof. Augustine Ubachukwu, the Astronomy Research Group Lead, of the University of Nigeria Nsukka, Enugu State; Nigeria and some other African countries will be experiencing an astronomical event in a few days. The professor stated that the West African country, as well as others surrounding it, will witness the first lunar eclipse of the year 2022 on May 16th.

While in an interview with the News Agency of Nigeria (NAN); Ubachukwu noted that the first eclipse of the year would be on May 16th, while the predicted second would occur on November 8. The professor gave clarity on the subject, detailing that each month; “the new moon passes roughly between the earth and the sun, and the earth orbits to the other side of the earth to become a full moon.”

He further explained that “In an event of precise alignment of these three heavenly objects; either a solar or lunar eclipse occurs. A total lunar eclipse occurs when a full Moon passes through the earth’s shadow in space and is often called the blood moon because of the characteristic red color of the lunar surface during the event.”

Ubachukwu explained why the lunar eclipse is bound to happen. He stated that “the moon’s orbit is tilted with respect to the sun’s apparent path across the sky. A total lunar eclipse occurs only extremely rarely when a full moon passes through the earth’s deep umbra shadow. “

“This spectacular event will take place in the early hours of May 16, 2022. It will be seen in total phase from most of Africa; including Nigeria,” he stated.

According to him, a larger-than-usual full moon will spend well over 80 minutes in the earth’s shadow.

He noted that the predominant color of light seen on the moon for the time will be red.

An eclipse is an astronomical phenomenon in which an astronomical object or spacecraft is temporarily covered by passing into the shadow of another body or passing between it and the spectator.