Update: Frank James has been identified as a suspect in the Brooklyn shooting 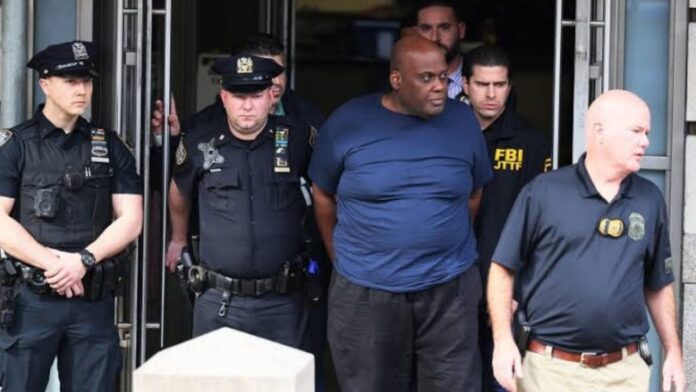 CBS News has confirmed that the suspect in Tuesday’s violent rampage through New York City’s subway system has been arrested. Police have been looking for Frank James, 62, since tying a U-Haul van he rented to Tuesday’s subway shooting.

Ten people were shot and wounded in the attack, and over a dozen more suffered other injuries. Passengers were seen in videos pouring out of a subway car at the station during Tuesday’s attack.

The suspect appears to be seen on video prior to the attack.

CBS New York has obtained surveillance video that appears to show suspect Frank James on his way to allegedly carrying out the shooting.

The video shows a man, wearing a reflective vest, wheeling a piece of luggage down the street and carrying a bag. The man matches the description of the suspect police are looking for.

Frank James appears to have posted a series of videos online in recent weeks in which he airs a host of grievances, including some directed at New York City Mayor Eric Adams.

The man who appears to be James does not seem to threaten Adams, although he does complain about the number of homeless people in New York City and criticizes the mayor’s policies.

The man also commented on how easy he felt it would be to commit crimes in the subway system, regardless of an increase in police presence.

The manhunt has been hampered by what Mayor Eric Adams called an apparent “malfunction” with security cameras. None of the cameras that could have caught the shooting were working at the time.

Meanwhile, a spokesman for New York Mayor Eric Adams said Frank James was not in police custody after he was named a suspect in the shooting Wednesday morning.

In his words, “Let me make clear: he is NOT in NYPD custody at this time.”

Police have made “great progress.”