US Sanctions Son of Zimbabwe President on Eve of Africa Summit 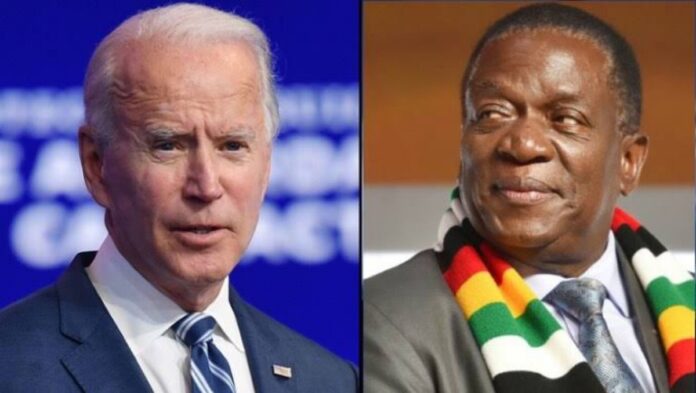 The sanctions against Mnangagwa Jr. were detailed in a US Treasury Department news release on Monday, along with the sanctions imposed on three other individuals and two companies.

Zimbabwe’s sanctions program targets human rights abusers and those who undermine democratic processes or encourage corruption. The US sanctions are not aimed at the people of Zimbabwe, the state of Zimbabwe or the Zimbabwean banking sector, the press release said.

The sanctions come a day before US President Joe Biden will host a summit of African leaders in Washington, DC to discuss issues such as climate change and food insecurity. Around 50 African leaders are expected to attend.

The US Treasury Department claimed that the targets of Monday’s sanctions are linked to businessman Kudakwashe Tagwirei and his company Sakunda Holdings.

Tagwirei is accused of using his wealth to cultivate relationships with senior government officials, secure government contracts, and obtain hard currency in exchange for luxuries like expensive cars. He was sanctioned in 2020.

Sanctions freeze the US assets of identified individuals and generally prevent Americans from doing business with them.

Mnangagwa Jr.’s father, the President of Zimbabwe, froze his personal assets in the United States in 2003 after the administration of then-President George W. Bush sanctioned him for “undermining Zimbabwe’s democratic processes or institutions.”