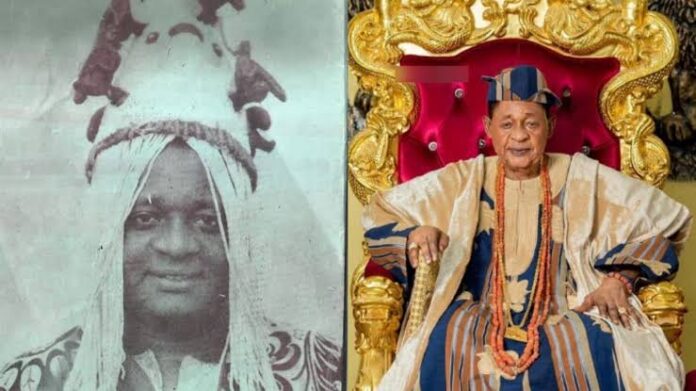 Since his great-grandfather, Oba Atiba  Atobatele founded the new Yoruba kingdom of Oyo in the 1830s; The Alaafin of Oyo, Oba Lamidi Olayiwola Adeyemi Ill was the longest-reigning ruler of the kingdom. The Yoruba ruler joined his ancestors in the later hours of Friday, 22nd of April 2022.  He was the longest reigning Alaafin ever, having ruled for 52 years.

The remains of the top Yoruba traditional ruler were brought to Oyo town, 62 kilometres from Ibadan, the Oyo State capital, in the early hours of Saturday and traditional rites began, palace sources told local newspapers.

Alaafin Adeyemi was born Lamidi Olayiwola Atanda Adeyemi on October 15, 1938 into the Alowolodu Royal House of the famous Oyo town; and was crowned on November 18, 1970, succeeding Oba Gbadegesin Ladigbolu I. He was known popularly as Iku Baba Yeye.

In his younger age, the Alaafin of Oyo was a lover of boxing. He was a boxer but had to retire early due to his coronation.

The late Alaafin of Oyo was married to Ayaba Abibat Adeyemi, his senior wife. However, he had about twelve junior wives, whom he attended events with.

Alaafin Adeyemi has numerous children, although the exact number is uncertain.