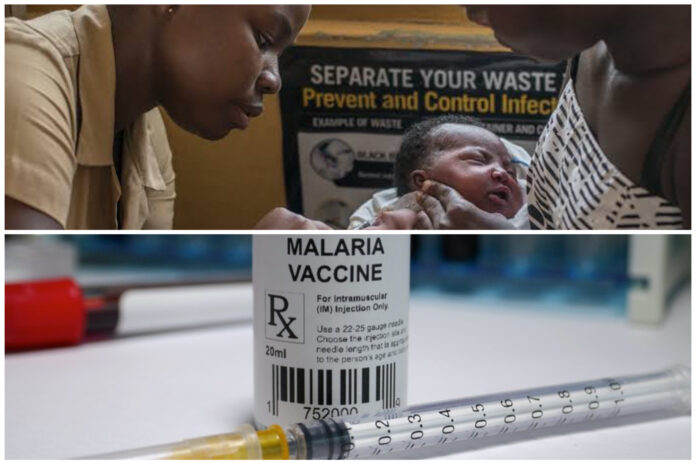 Preparations are underway for the mass launch of the world’s first malaria vaccine to protect millions of children in Africa.

According to reports, the launch is being financed by Gavi, the Vaccine Alliance, for nearly $160 million.

The World Health Organization said the multi-million funding for Gavi is an important step forward in the fight against one of Africa’s most serious public health threats.

Sub-Saharan African countries were found to bear the brunt of the annual number of more than 240 million cases of malaria worldwide, including more than 600,000 reported deaths. Unfortunately, the main victims are children under 5 years old.

Matshidiso Moeti, WHO Regional Director for Africa, said that a child dies every minute in Africa, with devastating consequences for families, communities, and national development.

The vaccine was launched in Africa in 2019. Since then, more than 1.3 million children in three pilot countries – Ghana, Kenya, and Malawi – have benefited from life-saving vaccines.

Moeti said these countries reported a 30% drop in hospitalizations of children with severe malaria and a 9% drop in child mortality.

“If deployed at scale, it could prevent millions of new cases and save tens of thousands of lives every year,” Moeti said.

“We are excited to see that demand for the vaccine, even in the context of COVID-19, is high, with the first dose reaching between 73% and over 90% coverage.”

Thabani Maphosa, managing director of national programs at Gavi, said the vaccine is the most effective tool in the fight against malaria that will save children’s lives. However, he said, demand for the life-saving product will outstrip supply.

“Our challenge at this critical time is to ensure that available doses are used as effectively and equitably as possible,” said Maphosa. “With that in mind, Gavi is opening an application window for malaria assistance today.”

He said the three pilot countries, which already have experience in launching the vaccine, will take the first steps to apply for and receive funding.

So in practice, Maphosa said, they will need little help configuring their systems to get the operation up and running.

Maphosa said the second round of funding will take place later this year. At the time, he said that other countries with moderate to high cases of severe malaria could request assistance.