Sadio Mané Gets Named CAF’s African Player of The Year 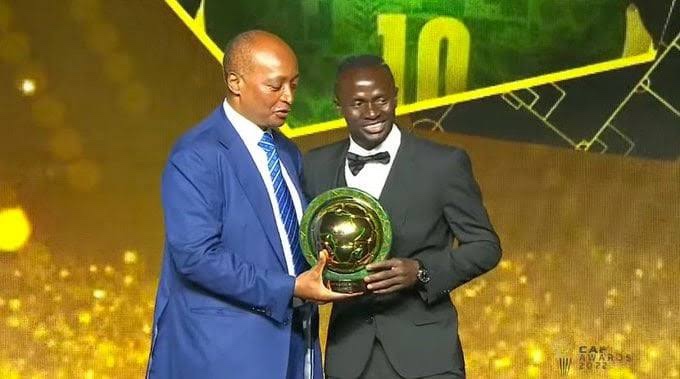 Senegalese striker Sadio Mané has been named African Player of the Year.

While the women’s category went to Nigeria’s Asisat Oshoala, Mané the new team member of Bayern Munich, was named the African Player of the Year, making him the first Member of the team to have ever been named an African player of the year.

Mané was a key figure in the Senegalese squad that defeated Egypt captain Salah in the 2021/2022 Africa Cup of Nations final and the 2022 World Cup play-off.

Both Africa’s title decision in Cameroon and Qatar’s elimination in Senegal were won by the Teranga Lions on penalties.

The Senegalese striker scored in every penalty shootout, while the final result was decided before Salah could complete his shot, and he found it unusually wide in the play-off.

Desire Ellis of the South African women’s team Banyana Banyana was honored as the best coach of the year.

The best male coach of the year went to Senegalese Aliou Cisse.

Salah lifted the award in 2017 and 2018 and Mane’s victory the following year brought Liverpool’s number of winners to four, with another Senegalese, El Hadji Diouf, leading the 2002 election.