Why Men and Women Speak Different Languages in Ubang Community 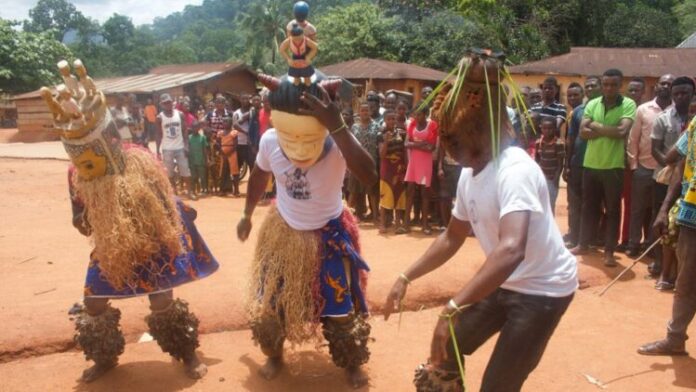 Ubang is a rural community made up of three villages, Okwersing, Ofambe and Okiro found in southern Nigeria. In this community men and women speak different languages and they understand each other. Inhabitants of this group say that the origin of their two languages is from God and no language is superior to the other.

From birth to age 10 boys in this community grow up speaking the female language. This is attributed to the fact that they spend most of their time with their mothers. From age 10 the boys are expected to mature and speak the men language. Failure to do this result in them being termed as abnormal.

Speaking to BBC in 2018 Chief Oliver Ibang noted, “There is a stage the male will reach and he discovers he is not using his rightful language. Nobody will tell him he should change to the male language. When he starts speaking the language, you know the maturity is coming into him.”

Why the Difference in Language

Chief Ibang believes that God created Adam and Eve and they were Ubang people. Initially God had plans to allocate each ethnic group two languages but after allocating the Ubang community he realized the languages were not going to be enough and so he stopped with the distribution. Chief Ibang notes, “That’s why Ubang has the benefit of two languages-we are different from other people in the world.”

According to anthropologist Chi Chi Undie the difference in language in this community emanates from an anthropological background. Speaking to BBC, Undie noted, “This is a dual-sex culture. Men and women operate in almost two separate spheres. It’s like they’re in separate worlds, but sometimes those worlds come together and you see that pattern in the language as well. I call it a theory but it’s weak. Because in Nigeria there are lots of dual-sex systems and yet we don’t have this kind of language culture.”

According to an elder from this community, Ogbe Sylvanus Odobi, the two languages are from God. He narrates that one time God descended on one of the mountains of Okiro village and stood at the top to distribute languages. He notes, “He started with us (Ubang) since it is our mountain that he stood to distribute the languages and his footprint is still etched on that rock till today. It was after God had distributed the languages to the men and women of Ubang that he discovered that languages would not go round the communities if he continued to give each for both sexes and so he decided to give the other communities one language for both sexes.”

As of now there is no unison explanation of the origin of the two languages in the Ubang community. Nonetheless, this community continues to hold this ‘gift from God’ highly and it is their wish that the two languages will continue through the generations to come.