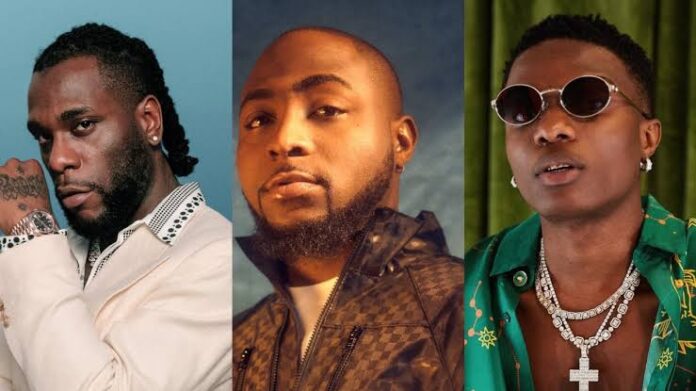 Multi-award winning singers Davido, Tiwa Savage, Burna Boy and Wizkid were all absent from the 15th edition of the Headies Awards, a development that has since caused controversy among fans who question their priorities.

The ceremony took place on Sunday, September 4, in Atlanta, United States. While the big three as they are often called, Davido, Burna Boy and Wizkid, won several awards at the ceremony, they were not physically present to accept them.

Wizkid who led with four wins, making him the most awarded artist of the night, had his manager, Sunday Are present to receive the awards on his behalf.

Davido followed with the award for best digital artist of the year and also won a humanitarian award.

Tiwa Savage, who was nominated for Best Artist and Best RNB Album, lost the award to Tems, who won in both categories. Tiwa also lost Record Artist of the Year to Patoranking.

BNXN, who received the Next Rated award, dedicated it to his mother who died of cancer, fellow nominees Ruger and Ayra Starr, and Grammy winner Burna Boy.

After the ceremony, the singer formerly known as Buju thanked fans for their support and added that he also dedicates the award to Burna Boy, who emerged as Best African Artist and Best Male Artist.