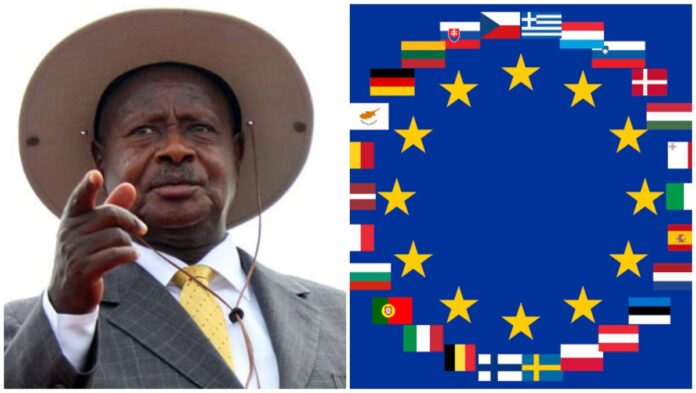 Ugandan President Yoweri Museveni has called on Europe to stop sending “girls” to teach him about human rights and governance and instead invest in the country if they really want to be involved in Uganda’s affairs and well-being.

Speaking at the second Uganda-EU Business Summit in Kampala on Wednesday, Museveni questioned why European investments in Uganda and Africa remain small compared to Chinese and Indian projects, despite advantages such as language and other commonalities.

The Ugandan President added; “Why can’t Europe do this, instead they come to give lectures that I don’t know. But Africans are very polite people, I always find nice words and the girls leave, but it’s not okay.”

Museveni’s revolt against ongoing disputes between Uganda and the EU over the construction of the East African Oil Pipeline (EACOP), which the EU wants to stop for environmental reasons.

Museveni added that with Africa’s population surpassing India and soon China, this is the best time for Europe to consider investing in the continent.

“Really for companies, European governments, political groups, think tanks, if anything, this is the time. Africa is easy for you, we have a lot in common: language, legal system, some notions of social organization,” Museveni mentioned.

“Working with us must be much easier than… When I meet the Chinese delegations, I have to listen carefully because they don’t speak English very well, that’s good, but we are progressing very well. So why not the Europeans?” he added.

Uganda currently exports goods to Europe under the Everything But Arms Agreement (EBA), a duty-free and quota-free initiative for Uganda and other LDCs.

Kenya was removed from the beneficiary list after receiving middle income status. As Uganda approaches this threshold, it will not benefit from the EBA forever, so a new agreement is needed.

However, East African countries did not agree to the deal, especially after Tanzania made it clear that it would not sign because European countries would flood the market with their most superior products at the expense of local industry.