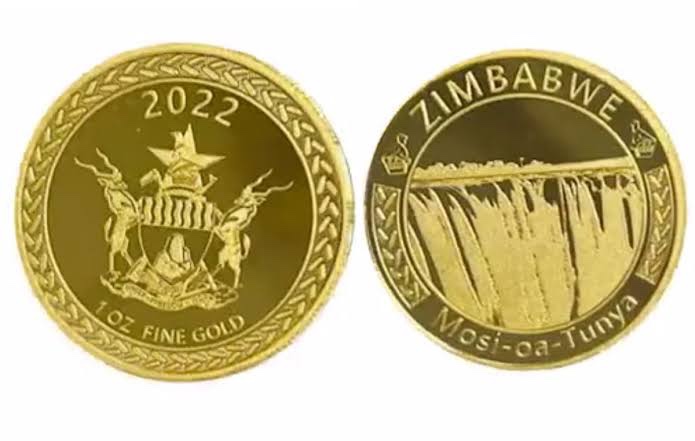 To cater to smaller players in its economy, it is now preparing to issue smaller coins by November this year.

According to the central bank, the growing demand for gold coins will help to absorb market liquidity, strengthen demand and increase the value of the local currency.

On July 25th, gold coins were introduced as a form of money and to absorb excess market liquidity.

According to the central bank, a small coin would be issued with just over 3.11g of gold. It will cost $188.48, but the final cost will depend on the current global gold price.

Currently, the gold coin must be held for six months (180 days) before it can be sold.

The local currency was firmed from Z$950 at the swipe or zipit rate to $800 as excess liquidity was removed.
Mobile money price is $750 while cash price is Z$700.

While the gold coin’s impact on inflation is not yet apparent, the central bank’s monetary policy committee predicts annual inflation will continue to rise through September, while monthly inflation will decline.