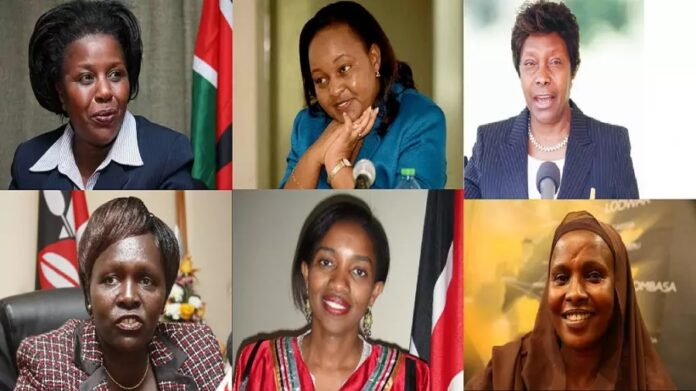 According to the country’s Independent Electoral and Border Commission (IEBC), at least seven of Kenya’s 47 new governors are women, compared with just three in the last elections.

The results of the country’s August 9 presidential election are yet to be announced as of Saturday afternoon, but after the county’s 42 confirmed results, it appears the country’s women in politics are making history.

While counting is underway in most constituencies across the country, women have also won six of the 290 seats in the new National Assembly so far.

Although nearly half of the country’s registered voters are women, very few female leaders actually hold elected office in Kenya.

A constitutional provision introduced a “two-thirds rule” in 2010 to allow more women to hold leadership roles and reduce male dominance in politics. But this has had little effect so far.

According to the Kenya Women’s Parliamentary Association, dozens of female candidates were attacked in the run-up to the elections.

The increase in female governors since Tuesday’s vote is a small but significant improvement from 2017, when three women were elected governors. Analysts say there will likely be another push to pass the gender two-thirds law.

Mwangaza won as an independent in Meru state.
So far, the IEBC has also declared six women parliamentarians and one senator.