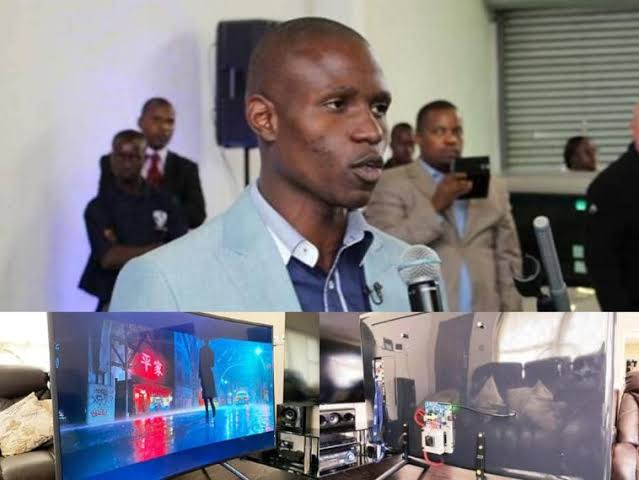 Genius innovator Maxwell Chikumbutso is focused strongly in overhauling the IT gadgets sector; by going ahead to develop a radio frequency (RF) powered television set without a plug, that also works without electricity; in a bid to widen access to TV media content and products for millions of people in Zimbabwe, and across Africa without access to the main electricity grid. Chikumbutso succeeded in embedding the wireless power generator that uses radio frequency energy on a 55 inch UHD Samsung TV set, discarding the use of power cables on-grid power and the size of the TV power supply gadgets. 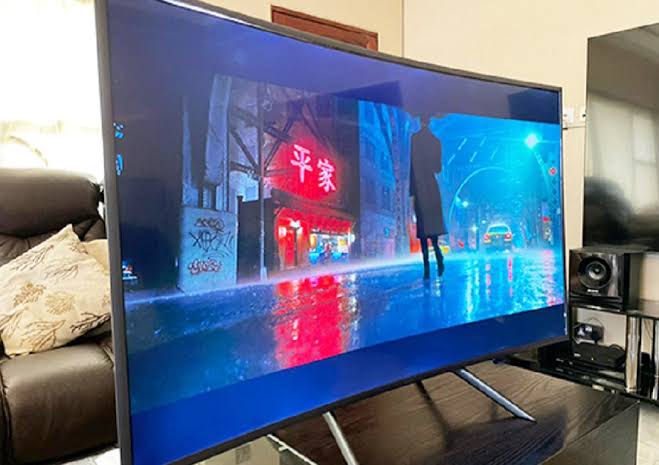 “It has no cables connected to it. It is self
powered. When you look at the rear end of the TV instead of the glossy front, what’s notable is that it doesn’t have any cables connected to it,” The talented innovator told the Herald.
“This TV gets its power from RF through a device called MSED. Its self powered and the TV uses green energy harnessed from RF using an electronic device we developed MSED. That’s where the world is going now. Free energy and self powered wireless gadgets.” he continued.

All traditional television sets are powered
external with the aid of a power cable.
Poor access to the main power grid has left
millions without access to the electronic media.
With such a new innovation, it will possible for the majority of the people  who have no access to electricity to access electronic media content off-grid; Widening access to clean energy in the process and creating reliable electricity is one of the greatest challenges to sustainable development in Zimbabwe and most other countries in Africa. 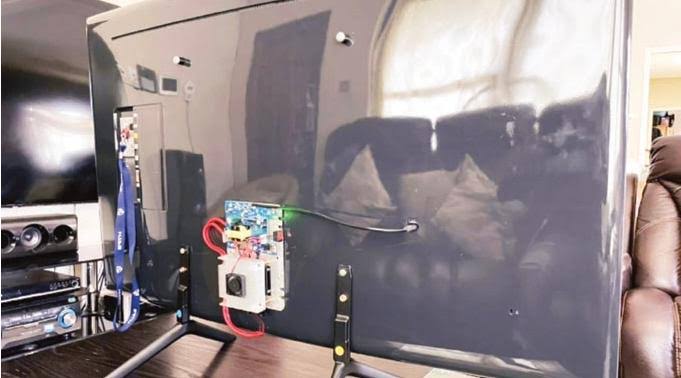 Maxwell Chikumbutso also firmly believes that with a RF powered Television set, it is possible to help a majority of people  to watch television in the comfort of their homes.

“With an RF powered generator embedded on a TV set, it is now possible for many people to enjoy watching TV whilst they are off-grid,” he buttressed.

“For me, this started off as a dream in 2003, but today it’s now a reality. We have successfully developed a solution that powers televisions, smartphones, laptop computers, fridges just to
name a few. ”

“Goodbye to electric wired home appliances.
Welcome to the future with the world’s first Free Energy powered 55″ UHD Samsung TV. The dawn of wireless self powered gadgets is here!” 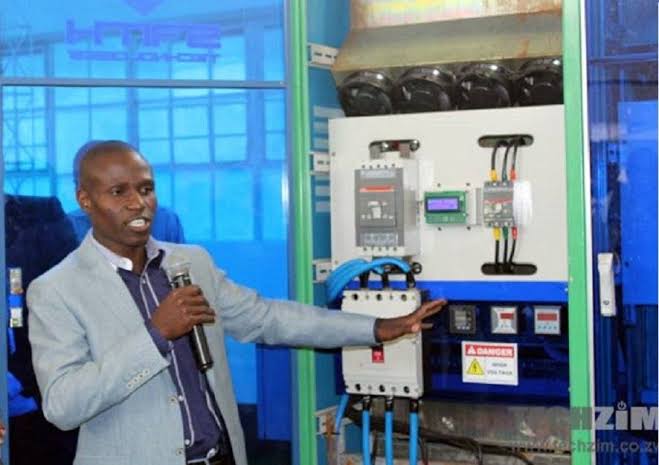 “It produces 500w with 15Amps that means that TV can also power additional 2x 100w light builds to light the house,”

“Right now we are miniaturizing the MSED to be smaller so that we can integrate it in cell phones, computers, laptops and decoders. It will be inside those devices now. Technology is moving to cordless electronic devices. That’s where we are going. This year we are moving and nothing will stop us.” He continued.

Share
Facebook
Twitter
Pinterest
WhatsApp
Previous article
10 Tips That Show you if you are in the Right Relationship
Next article
Oil boom Strengthens Angola Kwanzaa into worlds top performing currency against the US dollar.