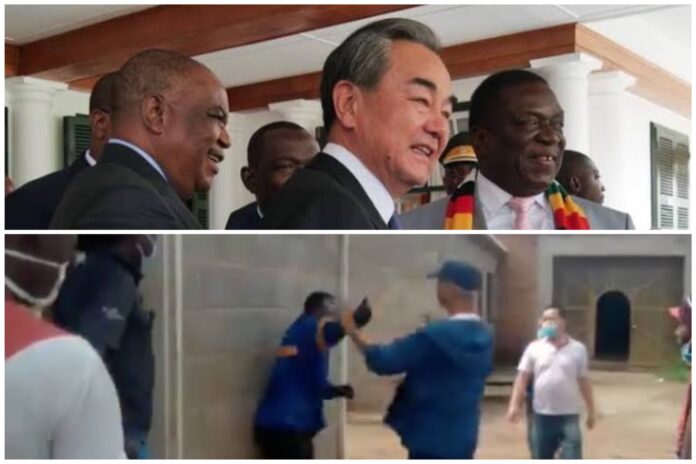 The Media Alliance of Zimbabwe condemned the Chinese embassy in Harare for threatening a weekly newspaper after publishing articles about violations by Chinese mining companies.

The group said the embassy had threatened to take unspecified “strong countermeasures” against The Standard newspaper, which the coalition described as an attack on press freedom.

Nigel Nyamutumbu, head of the Zimbabwe Media Alliance, explained that the first cause for concern in the recent statement by the Chinese embassy is that it failed to mention the countermeasures with which it hopes to deal with the controversial publication.

He noted that failure to make this known, especially as it released vague warnings, constitutes an assault on press freedom.

However, the Chinese embassy through its officials has relayed a statement, saying they wouldn’t comment on the issue.

Nyamutumbu said: “The Chinese Embassy hasn’t either approached the self-regulatory system available for redress and accountability, or the Ombudsman at Alpha Media Holdings, which is home to the publication it had issues with, to seek redress about the topics they wanted to talk about so that they might be dealt with.”

Nyamutumba explained that the embassy could have handled their difficulties peacefully without making pronouncements that would have a chilling impact on press freedom.

The journalist added his expectation as he stated that he had hoped that the embassy could have used the Zimbabwe Media Commission or other diplomatic channels,

Zimbabwean officials could not be reached for comment on Wednesday. In an interview, former Harare Mayor Muchadeyi Ashton Masunda, a member of the editorial board of Alpha Media Holdings, said journalists would not back down despite threats from the Chinese embassy.

Masunda explained that the Chinese embassy claimed that Alpha Media Holdings journalists were paid by both an embassy and foreign NGOs, which is what truly prompted him to act.

Masunda added that his organization in Zimbabwe will continue to report accurately and fairly.