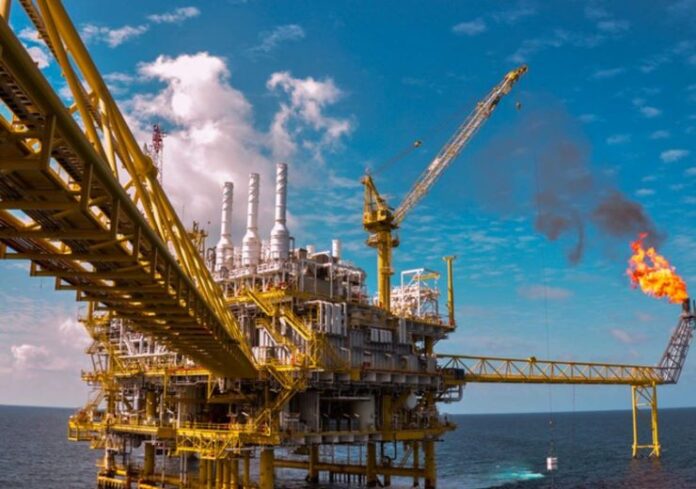 Five of the top 30 oil-producing nations in the world are located on the African continent, however this article will highlight 10 African countries with the highest crude oil production in 2022.

In 2019, most of these African oil producing countries produced more than 7.9 million barrels per day, or around 9.6 percent of global output.

Compared to the peak years of 2005 to 2010, when African output was around 10 million barrels per day, this level of production is slightly lower.

Lower global oil prices were primarily to blame for the significant output declines between 2010 and 2015.

Between 2015 and 2019, output stabilized. But in early 2020, the world financial crisis and a supply disagreement between Saudi Arabia and Russia sharply lowered oil prices.

As a result, as of June 2020, the future levels of oil output in Africa and the rest of the world were quite unknown.

Nevertheless, here’s a list of the top 10 African Countries With The Highest Crude Oil Production in 2022 according to investopedia and energy capital power.

Nigeria, the 11th-largest oil producer in the world, and the number one on the list of top 10 African countries with the highest crude oil production in 2022.

Security issues related to violent terrorist organizations operating in the nation might be partly blamed for fluctuations in annual oil production, particularly since 2005.

The second-largest proven oil reserves in Africa are found in Nigeria. Oil exploration operations, according to the U.S. Energy Information Administration (EIA), have decreased due to security concerns and other commercial risks in the nation.

Nigeria’s oil and gas industry is governed by the government-owned Nigerian National Petroleum Corporation (NNPC), which is also in charge of expanding the country’s oil and gas resources.

International oil corporations are a major source of funding and expertise for the NNPC.

These contracts’ conditions can be changed to give overseas operators the right incentives. Chevron, Exxon Mobil, Shell, Total, and Eni are some of the biggest international oil firms with operations in Nigeria.

In 2015, Angola was producing about 1.8 million barrels per day, but production fell off rapidly for the remainder of the decade.

As a nation that belongs to the Organization of Petroleum Exporting Countries, the country committed to a decrease that contributed to this decline (OPEC).

Access to significant offshore and deep-water oil reserves in the South Atlantic is provided by Angola.

However, due to drastically lower oil prices in 2020, the development of these oil resources may be postponed.

In the past, it supervised almost all of the nation’s oil and gas development. Inspite of this, President Lourenço made significant efforts to establish the Agência Nacional de Hidrocarbonetos e Biocombustveis, a new independent regulating body (ANHB).

BP, Chevron, Exxon Mobil, Total, Statoil, Eni, and China National Offshore Oil Corporation, generally known as CNOOC, were some of the most major multinational oil firms that were active in Angola.

In order to keep its place among the top tier of African oil producers, Algeria produced over 1.3 million barrels of oil daily in 2019.

However, since 2005, when Algeria produced approximately 1.7 million barrels of oil per day, production has significantly decreased.

The nation’s falling oil output was largely caused by OPEC production cuts and a lack of foreign investment.

Natural gas is another important export from Algeria, the majority of which is sent to Europe.

Although, a decreased tax burden in 2019 was one of the measures brought about by decreasing oil prices. BP, Total, and Exxon Mobile are among the international oil giants active in Algerian oil production.

The short decrease in armed strife within the nation was the main cause of this spectacular increase.

Libya’s output had already decreased from 1.7 million barrels per day in 2010 to zero, hence it was excluded from the 2016 OPEC production restrictions.

Unfortunately, as the civil war in Libya heated up, production plummeted sharply in the early months of 2020.

The nation has the largest known oil reserves in Africa, notwithstanding its problems. The Government of National Accord (GNA) and the Libyan National Army were engaged in a civil war in Libya as of June 2020. (LNA).

Before the hostilities that followed the overthrow, international oil firms were engaged in Libyan oil production.

In 2019, Egypt produced 630,000 barrels of oil per day on average, with output surprisingly stable.

Between 2014 and 2019, the nation’s stability increased significantly. Additionally, Egypt is the biggest non-OPEC oil producer in Africa.

Regardless, the government’s pro-market initiatives cut back on subsidies to the oil sector.

In offshore and onshore production operations in Egypt, EGPC collaborates with a number of foreign oil firms.

Major investors in offshore Egyptian production assets include Eni and BP. Additionally, the Egyptian government has attempted to improve the country’s investment appeal.

Reduced payments and reduced subsidies to EGPC are examples of reforms.

6. Republic of the Congo

The Republic of the Congo’s extractive industry is dominated by offshore oil and gas, and the nation has been able to slow the fall in output by bringing many projects online over the previous ten years, including its first deep-water field, Moho-Bilondo.

A multi-client aerial gravity gradient survey is being carried out in the Cuvette Basin area to increase exploration activities, while Zenith Energy obtained a new 25-year license to continue operating the Tilapia oilfield at the beginning of the year.

Ghana now has a bright long-term production prognosis thanks to strong output from the productive Jubilee and Ten oilfields and significant international investment in offshore basin expansion.

Oil output is anticipated to more than double to 420,000 bpd by 2023 as a result of new fields coming online, particularly the Aker-operated Deepwater Tano Cape Three Points.

The $4.4 billion Pecan field, which is expected to hold between 600,000 and one million barrels of oil, is also being worked on by the Norwegian operator.

Due to the maturation of several fields and a lack of expenditures to replace production bases, as well as OPEC-led production cuts that have decreased output by over 100,000 bpd, Gabonese oil production has been falling.

The nation is attempting to draw fresh investment into offshore exploration as a result.

A redesigned and more flexible regulatory environment is anticipated to result in new investments in capital and technology for the sector after the Hydrocarbons Code changes and its promulgation in early 2019 raised expectations.

In 2021, the Ministry of Mines and Hydrocarbons of Equatorial Guinea plans to increase E&P activities and attract $1.1 billion in foreign direct investment to the oil and gas industry.

To counteract diminishing production at the Ceiba and Okume Complex, Trident Energy is now engaged in a three-well drilling campaign in Block G.

The Zafiro, Jade, and Serpentina infrastructures will be maintained in the interim, along with production optimization and management of dormant wells.

The Exxon Mobil-operated Zafiro field, the nation’s most productive asset, was producing 90,000 barrels per day prior to COVID-19 via the Jade fixed production and drilling platform and Serpentina FPSO.

Chad, whose estimated oil reserves are one billion barrels, gets most of its petroleum from the Doba Basin in the south of the nation.

Exxon Mobil and Shell are two significant operators; the former is in charge of the Chad/Cameroon development project, which uses a pipeline to transfer petroleum from oilfields in southern Chad to a marine terminal in Cameroon for export.