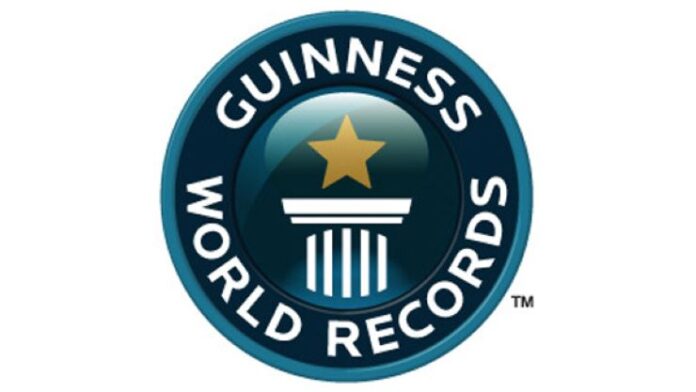 Africa has been making headway in the Guinness World Records since the beginning of time.

In this article, we highlight some of the most impressive Guinness world records held by Africans – who have earned the title of “Record Breaker” time and time again.

Africa has claimed a number of Guinness World Records – and it’s no surprise. The continent has been known to go above and beyond in its attempts to push itself forward.

This is why there are many impressive individual records held by Africans. The continent is well known for its ability to conquer and break records in many different areas.

These amazing records include some incredible achievements, including some which see the continent claim several Guinness World Records.

Africa has proven to be a land of opportunity for record-breaking individuals over the years. Here are some of the most impressive official Guinness World Records held by Africans:

1. Largest coffee sketch in the world

To qualify for the Guinness World Record, the artist completed his painting on a 55-meter canvas with 100% ground coffee coverage and zero negative space.

The British suspected the Sultan of being a British puppet, and they did not want Khalid in control.

Approximately 500 Zanzibar men and women were killed or injured during the British bombardment.

The fire that overtook the palace claimed the lives of the majority of those who died. There was only one British sailor who was hurt.

The rich wildlife of Africa is well-known. It’s no surprise that Africa had the highest bird count in a 24-hour period.

They broke the record on the second day of the Birdwatch Kenya 86 event, which took place on November 29 and 30, 1986.

DJ Obi was inducted into the Guinness Book of World Records in July 2016 for breaking the record for the longest marathon music mix.

DJ Obi had to beat the previous record set by DJ Norbeto Loco of Poland, who had deejayed for a total of 200 hours or eight days.

DJ Obi, on the other hand, was able to smash that record and set a new one of 240 hours, or ten days, of nonstop music.

5. Athlete with most diamond league appearances

Blessing Okagbare, a Nigerian sprinter, has competed in 38 Diamond League races over her career.

The IAAF Golden League is being replaced with the Diamond League, a yearly series of track and field meets.

Okagbare set a Guinness World Record in 2016 as the athlete with the most appearances in the Olympics.

Okagbare, an Olympic medalist, also holds the British Commonwealth Games record for the quickest time in the women’s 100 meters race.

Kaffy is a Nigerian dancer, choreographer, dance instructor, and fitness coach who goes by the stage name Kafayat Oluwatoyin Shafau.

She is also the creator and owner of Imagneto Dance Company, as well as a well-known dancer who is well-known outside of Nigeria.

In 2006, Kaffy and her team set the record for the longest dance, which they did for 52 hours and 3 minutes without stopping, though this record has since been broken by another Nigerian.

Kaffy is widely considered as Africa’s best dancer. She is also known as the “Queen of Break Dance,” “Queen of Choreography,” and “Queen of All Dance Moves.”
In 2006, she set a Guinness World Record.

Kimani Ng’ang’a Maruge, a Kenyan, enrolled in Standard One at Kapkenduiyo Primary School in Eldoret in January 2004.

Maruge was born around 1920, despite the fact that he had no documents to confirm his age.

Maruge was hailed as a great student by his instructors, and he was named top boy of the school in 2005.

When the Kenyan government made elementary education free and accessible to everybody, Maruge stated he was inspired to enroll in school.

8. The oldest man to swim across the English channel

He became the oldest man from South Africa to swim across the English Channel at the age of 73.

On Sunday, August 18, 2019, at Kenya Bay Beach Resort in Mombasa, Chef Maliha compiled a list of 400 local and international culinary recipes and cooked for 75 hours nonstop, breaking the previous record.

Rickey Lumpkin set the previous record for the longest cooking marathon in 2018, clocking in at 68 hours 30 minutes 01 seconds in Los Angeles, California.

10. Survivor of most bee stings

This is a record that was set without any prior forethought, and no one is likely to break it.

More than 2,443 bees stung Johannes Relleke of the Kamativi tin mine on the Gwaii River in then Rhodesia (Zimbabwe) on January 28, 1962.

He was able to survive the attack, and all of the bee stings were removed and counted later. The bee attack survivor is still alive and is currently residing in Australia.