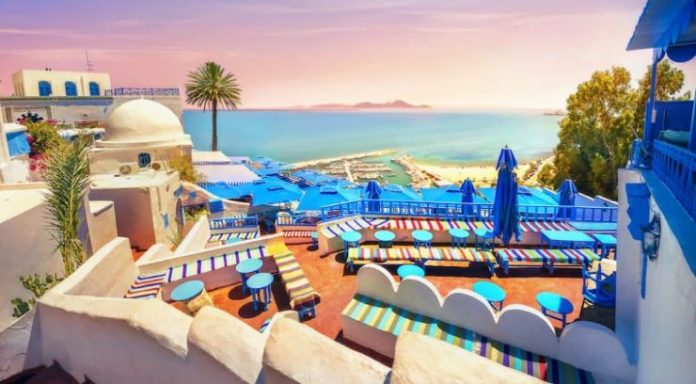 Many people are familiar with Tunisia because of the Arab Spring or its historic Roman ruins, but the country is much more than that.

This post will actually let you know that there are in fact quite a number of interesting facts about Tunisia.

In addition to its stunning museums and structures, the Tunisian coast is a major draw for tourists.

Tunisia has historically outperformed other nations in terms of women’s rights, however there is still need for improvement. This list only represents a small portion of the many characteristics that distinguish Tunisia as unique.

1. There are remains from the Stone Age at Kebili, Tunisia.

Animal bones and Stone Age artefacts have been discovered in Kebili. The items, according to their estimation, date from about 200,000 years ago.

The bones discovered there indicate that there was a considerably greater diversity of wildlife in Tunisia in the past than there is today.

This is partly due to the fact that Tunisia’s geography used to be greener and wetter, making it more hospitable to a wide variety of animal species.

It is recognized by UNESCO as a World Heritage Site. It is the oldest Muslim-Arab settlement in the Maghreb, having been founded in 670 CE. It served as Ifriqiya’s capital city before Tunis became the new location for the capital.

However, Kairouan continued to play a significant role as a North African center for Islam after then. The Mosque of the Three Doors and the Great Mosque of Kairouan are two noteworthy mosques in the city, respectively.

3. Numerous scenes from the Star Wars films were filmed in Tunisia.

The previous Star Wars movies, with the exception of “Episode V: The Empire Strikes Back,” filmed in Tunisia in various locations. Scenes from the films were shot at Tunisia’s Djerba, Matmata, Tataouine, Medenine, and other locations.

4. The second-largest museum in Africa is the Bardo National Museum.

The Bardo National Museum is the largest museum in Africa, trailing only the Grand Egyptian Museum in size. It is situated in Tunis, the nation’s capital, and chronicles Tunisia’s history throughout the ages.

Numerous archaeological items, including 200,000-year-old Stone Age tools discovered in Kebili, can be found in the museum. Additionally, it is located in Tunisia’s historic royal palace.

5. One of the oldest amphitheaters in the world is located in Tunisia

The biggest colosseum in North Africa is the UNESCO-listed Amphitheatre at El Jem. Additionally, it is one of the world’s oldest and best-preserved Roman amphitheaters. Around 238 AD, the stadium was constructed by the Romans.

The country’s centrally located Amphitheatre is constructed entirely of stone blocks with no foundations, much like Rome’s colosseum. It is without a doubt one of the biggest amphitheaters in the world, measuring 148 meters on the main axis and 122 meters on the small. Up to 35,000 spectators can fit inside of its three arcaded tiers.

6. The majority of the land in the nation is used for agriculture.

In total, agriculture occupied 64.84% of Tunisia’s land in 2016. Tunisia raises chicken, sheep, and cattle as well as dates, fruit, tomatoes, and potatoes for food. Olive oil is the principal agricultural export of the nation; it is primarily sent to Europe. A bit less than 13% of Tunisia’s GDP is derived from agriculture.

Souad Abderrahim was chosen as Tunis’s first female mayor on July 3, 2018. The fact that she is a self-made businesswoman, as opposed to all of Tunis’s past mayors who were all from from powerful and affluent families, marks her as another distinction from the city’s previous mayors.

Contrary to the majority of the other women in the party, she is a member of the Ennahda party but does not cover her hair.

Jasmine became Tunisia’s national flower despite not being indigenous to the country (it was introduced by the Andalusians in the 16th century). The term given to the 2011 revolution in Tunisia by the international press is the Jasmine Revolution, named after the country’s emblematic flower.

9. The national anthem of Tunisia was composed in the 1930s by an Egyptian.

“Humat al Hima,” which translates as “Defenders of the Homeland,” was composed by an Egyptian.

It originally just had one verse, but when it was formally accepted as the national anthem in 1957, a Tunisian poet named Aboul-Qacem Echebbi added two extra lyrics.

It was changed in 1958 since it had previously been an interim anthem. Then, with the overthrow of Habib Bourguiba’s government in 1987, it was renamed the national anthem of Tunisia.

10. Red Is The Color Of Mourning In Tunisia

People attend funerals dressed in black in the majority of Western civilizations. Red, however, is the hue that denotes sorrow in nations like Tunisia, Ghana, and South Africa. Different customs exist in other nations. For instance, purple, yellow, and blue, respectively, are the colors of mourning in Thailand, Myanmar, and Iran.