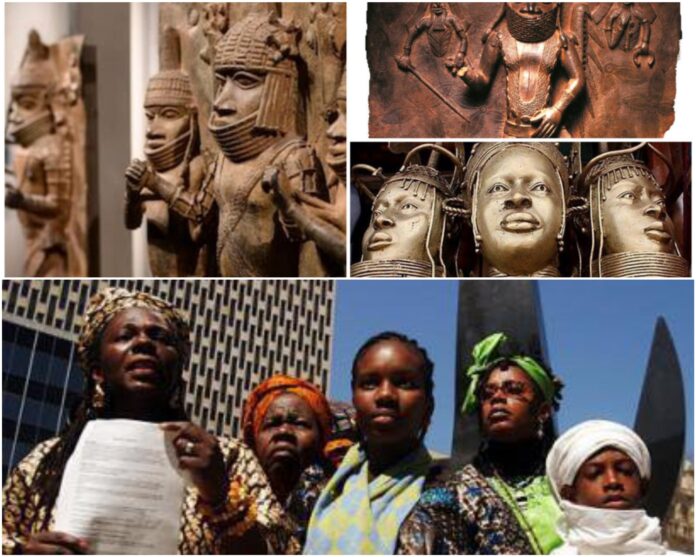 An African American civil rights organization, Restitution Study Group, who also refer to themselves as “descendants of the enslaved” has warned against returning Benin bronzes to Nigeria as it would benefit “the descendants of African slavers.”

The artifacts, currently in museums in the UK, were brought to Britain in 1897 from the Kingdom of Benin in what is now Nigeria.

Hundreds of the artifacts are to be returned to Nigeria by the universities of Oxford and Cambridge, with the approval of the Charity Commission.

However, the Restitution Study Group wrote to the Commission demanding the artifacts should not be returned, stating that the Kingdom of Benin would be enriched by returning the artifacts.

The letter read: “We ask that you deny any extradition request to Nigeria.

“The Kingdom of Benin would be unfairly enriched by Nigeria through the repatriation of these relics.

“Black people do not support the heirs of slavers just because they are black. Nigeria and the Kingdom of Benin never apologized for the enslavement of our ancestors.

“We ask that you do not authorize the transfer of these relics.”

The group also urged the commission not to comply with the Horniman Museum and Gardens’ request to return 72 Benin bronzes in its care.

According to the group’s leader, Deadria Farmer-Paellmann, the artifacts should remain in Western museums so that descendants of slaves can learn about the slave trade, rather than returning the items to the descendants of the slavers.