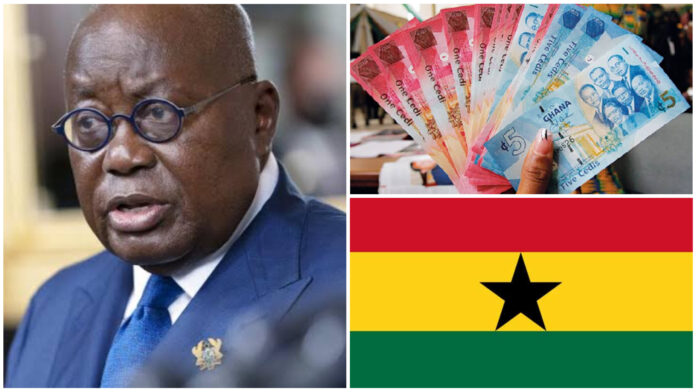 Ghana Cedi continued its decline on Wednesday, heading for its worst weekly decline in more than three years.

The metric is down 35% this year, making it the world’s worst-performing currency among 150 economies tracked by Bloomberg, behind the Sri Lankan rupee.

The Cedi was down 1.1% as of a few days ago in Accra and extended its decline to 5.2% this week. This is the worst drop since the initial decline that happened within seven days and eventually ended on March 29, 2019.

At the Copom meeting, new data showed that inflation may accelerate even further in the coming months. Ghanaian producer prices rose 41.2% in July, the fastest pace in eight years.

Deteriorating economic conditions could prompt the central bank to raise interest rates by 200 basis points to 21% on Wednesday, according to forecasts by economists at Goldman Sachs Group Inc.

There is “significant upside risk to this forecast given the magnitude of currency and domestic financing pressures,” Goldman Sachs economists Bojosi Morule and Andrew Matheny said in a note to clients on Tuesday.

Ghana turned to the International Monetary Fund for a loan earlier this year after the Cedi’s relentless devaluation and accelerating inflation.

The emergency meeting comes after regulators in Ghana announced on Monday that water and electricity tariffs will increase by 22% and 27%, respectively, starting next month. These increases will raise Ghana’s deteriorating inflation outlook, said Ridle Markus, an analyst at Absa Group Ltd.

The Bank of Ghana is the second in sub-Saharan Africa, after the Bank of Uganda, to hold an emergency meeting since the start of the war between Russia and Ukraine in February.