10 Most Famous People In Côte d’Ivoire 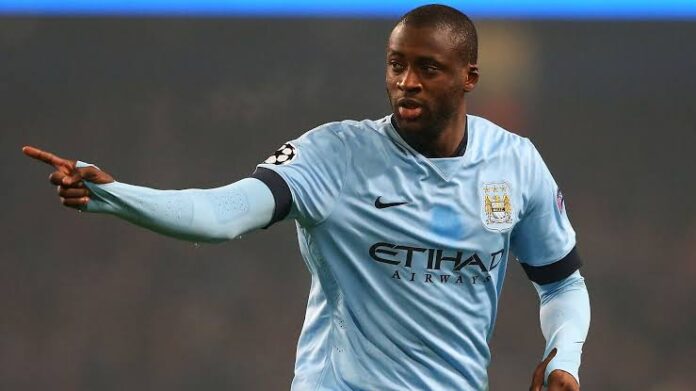 Côte d’Ivoire’s famous people is a great subject in a nation which metaphorically “flows with milk and honey.” Also known as Ivory Coast, Côte d’Ivoire is a beautiful West African nation known for its beaches, rich history and people. Famous people in Ivory Coast are numerous but only few can be mentioned.

These are individuals who are important to the economy, Entertainment, and Politics. Below you will find a top ten list of Côte d’Ivoire’s famous people.

Drogba rose to fame through his exceptional football skill. He is Noted as one of the most legendary players of Chelsea FC.

He started first on the streets of Abidjan. After, he joined the Ivorian national team. Soon, he became the best Ivorian goal scorer. When it comes to sport in Côte d’Ivoire, Didier Drogba remains the most famous person. Interestingly, this explains why he tops the list of Côte d’Ivoire‘s famous people.

Koudou Laurent Gbagbo was born on the 31st of March 1945 in Côte d’Ivoire.

After facing imprisonment that almost crippled his political Ambitions in 1970, Gbagbo came out even stronger.

Eventually he found his way to becoming one of the greatest Ivorian politicians. Gbagbo ruled Ivory Coast from 2000 until his arrest in April 2011.

What makes Gbagbo so famous in the Ivory coast is his influence on the political culture. Earlier achieved through his activism which has spanned years.

The Ex Ivorian President is known for his activism in terms of a Unionist ideology. A president definitely belongs on a list of  Côte d’Ivoire’s Famous people. But Gbagbo truly earned his spot.

Read also: 15 Best African Dishes You Can Try Out

Bankolé is a famous actor from Côte d’Ivoire. He is known for his roles in famous movies.

Bankolé has starred in movies written and produced within Africa and Hollywood.

Additionally, Bankolé is also known to have featured in the Blockbuster movie, Black Panther. He played the role of a Chief in the fictional city of Wakanda.

The Ivorian music industry has experienced an increased output. Truly due to the rise of Afrobeat in the global space. However, to credit the rise without Ariel Sheney would be an oversight. Indeed an oversight since Sheney is responsible for producing several hit songs.

Ariel Shaney is a sound engineer, and pianist, whose name appears on every list showcasing Ivorian Talent.
Read also;  The Captivating history of the African Country Rwanda; its Culture and People Part III

We can hardly talk about the entertainment industry of Côte d’Ivoire without Bebi Phillip. Specifically, Phillip is known for his guitar skills, which sets him apart from of his counterparts.

What is outstanding about Phillip is his work ethic.

Born 30th of January, 1982, Bambadjan Bamba is a wonderful actor. The actor is sometimes called the face of Ivorian movie industry.

Of course, these are just comments from fans. But we cannot deny just how influential Bamba has become. Interestingly, the actor is known for his roles in “Black Panther” and “The Good Place.” Infact, both movies are very successful. Indeed Bamba is a proud son of Côte d’Ivoire.

Elloh is a professional footballer, known for her prowess in sports. She was Born on December 25th, 1994 and joined the Ivorian football team due to her hard work. Soon, she found herself getting great success. Eventually this led to her playing for the Spanish Primers Division Club, EdF Logrono.

Toure is an incredibly interesting character from Côte d’Ivoire. He worked so hard to become everything that he is in the world of sport.

A footballer born in 1983, Toure went from being a midfielder known for his skills in the English Footblall competitions. His great football career led to him becoming a coach in recent times.

Achi is known as a politician and learned character in Côte d’Ivoire. He served as Prime Minister of Ivory Coast since March 2021 and is a member of the Rally of the Republicans. The list would be empty if Achi didn’t find his way into it; an influential character indeed.

Affoué is one of those who have made Côte d’Ivoire proud. In-fact, she has done so over a long period of time.

Allou specializes in the 100 and 200 metres race. She represented Côte d’Ivoire at the 2008 Summer Olympics in Beijing competing at the 100 metres sprint. Unfortunately, in Affouè’s first round, she placed fifth in a time of 11.75 which was not enough to advance to the second round.

If you are ever planning to go on a vacation to Cote d’Ivore, you can read about Tourism in the beautiful Ivorian nation