15 Best African Dishes You Can Try Out 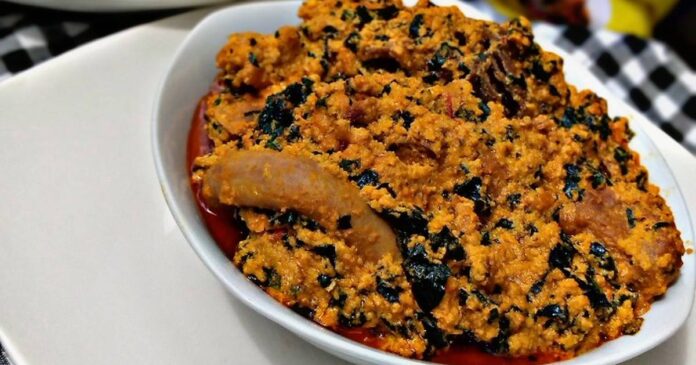 Africa has fascinating dishes which are recognized globally, and each dish represents our various tribes in Africa. In this guide, we have included the best African dishes you may want to consider trying out on your next visit.

African dishes are unique since it varies from country to country. Every African country has its own culture and its immensely rich diversity is what makes African dishes to be unique.

Traditionally, African dishes are said to be unique because we don’t import our foods, rather our various dishes are made from combinations of plants, seeds, and plenty of root tuber products.

What Are The 15 Best African Dishes To Try Out

This article is going to guide you through the various best African dishes you can try out, and they include;

This is a special African dish from Nigeria which happens to be a vast country, so one dish you must try out in Nigeria is jollof rice which is a simple spicy hot-pot dish that contains ingredients like tomatoes, onions, and pepper.

Egusi soup is made with ground melon seeds and bitter leaf which is eaten alongside pounded yam [fufu], and jollof rice most times is enjoyed with fried plantain.

Jollof rice and egusi soup are dishes that are often served at parties and other festive gatherings. Other dishes to try out in Nigeria include thick, spicy broths made with okra and spiced with chicken or meat, and suya, shish kebabs which are often cooked over braziers by street vendors.

You can learn how to prepare any Nigerian dish by visiting this Port Harcourt culinary schools.

This is Malawi’s favorite dish cause it brings joy to their heart and tears to their eyes anytime the dish is served or mentioned.

Dishes like nsima and ndiwo, a delicious relish made of pumpkin or cassava leaves, tomatoes and groundnut powder, are recognized in neighboring Zambia.

Nsima along with ifisashi, a dish of greens in a peanut sauce with a plate of chombo is served grilled along the lakeshore.

This is one of the best African dishes that is basically prepared and loved across many cultures in Southern Africa.

Pap en vleis is literally barbecued meat and maize porridge that is served with a spicy gravy, relish chakalaka happens to be a colorful umbrella of a term that encompasses virtually any combination of starch and stewed meat.

Shisa nyama, meaning “burn the meat” in Zulu, refers to a festive “bring-and-braai” gathering in South Africa, where you’re served a plate of chops, steak, chicken, kebabs and borewors with a local beer.

Piri Piri chicken is also one of the best African dishes that happen to be Mozambique’s favorite cuisine. It is best served hot, alongside creamy coconut sauces, with hints of cashews and peanuts.

Tourists generally know it as grilled chicken Piri Piri, and is traditionally served with matapa, spicy prawns, and seafood which are often the first choice for visitors or tourists.

In recent decades, this is one of the best African dishes in Morocco that has earned glory on the world’s culinary stage which is not found in an average cookbook.

Pastilla au pigeon [also known as b’stilla] is a sweet and savory pie; substantial and delicate that consists of shredded cooked squab [or, more often, chicken, when the pigeon is hard to find] thickened with egg sauce and interspersed with paper-thin pastry and layers of nutty, spicy filling.

This is a dish in Morocco that must be served in any grand celebration, or else it is considered incomplete.

Potjiekos is an African dish that is popular across Southern African countries, it is known as “pot food” as Africans term for food cooked in layers in a traditional three-legged cast-iron pot, but in essence, it’s a stew served with pap.

Kapenta is one of the best African dishes that is served in Zimbabwe, which is made of delicious maize porridge known as sadza.

The traditional way to eat this dish is to scoop up the sadza with your hand and dip it or roll it in either the dried or fresh fish that is also stewed with tomatoes, onions, and groundnut powder and served with fresh greens.

There are several questions as to the best African dishes to try out and here are just a few;

Well, record has it that Africans who eat traditional foods from Africa are healthier than those who adopt a typical western diet. Click on https://www.todaysdietitian.com to visit for more info.

Which country has the best dishes?

It is of record that Ethiopia which is Africa’s oldest independent country offers the best of both an ancient cultural heritage and a unique, delicious cuisine consisting of vegetables, spicy meat, and varieties of bread.

We have come to the end of this article, and we hope that you could understand that Africa is a home of some of the world’s tastiest dishes.