10 Most Produced Cash Crops in Africa 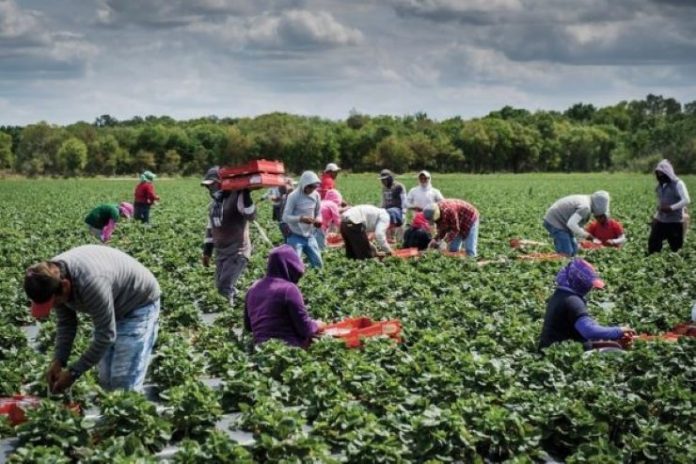 The agriculture industry is one of the most important in Africa, for that reason this article aims to highlight the 10 most produced cash crops in Africa.

With its high potential for growth, large land area, and new technologies, African farms can produce enough food for everyone on the continent.

In Africa, cash crops are a popular and profitable way to grow crops. They are usually commodities that are produced for sale on the market rather than being used to make food or other products.

When growing a crop, it is important to choose suitable pest control to keep the crop safe and increase its yield.

Cash crops, such as coffee or rice, are those that are grown with the intention of being sold on the market or exported for a profit.

Also read: How to Make Dibi, a Senegalese street food

African countries are home to some of the most important cash crops in the world. With data from the Food and Agriculture Organization Corporate Statistical Database (FAOSTAT), here are the most produced cash crops in Africa:

The crop topping the list of the top most produced cash crops in Africa is cassava or yuca root as it is known in some parts of the world.

Cassava is a staple food crop for millions of people and one of the most widely consumed vegetables by humans.

In fact, it’s so important to many populations that its production accounts for nearly half of global yields.
Cassava is an essential root vegetable that has similar uses to potatoes.

Produced in large quantities throughout Africa, it is an important crop for human consumption.
Cassava is the most produced cash crop by a wide margin.

With nearly 200 million tons of it produced annually, Africa’s production of cassava makes up a majority (63%) of the global total.

The EU was the largest importer of sugar between 2008 and 2011, but with a growing population and increasing consumption of sweet food items, the EU is becoming increasingly dependent on imports.

Africa is a potential continent for growth in the sugar industry given its phenomenal production potential and low cost.

As a result, most European countries import the majority of their sugar needs from Africa making it one of the most produced cash crops in Africa.

Maize, or corn, is Africa’s most important cereal crop and an important staple food for more than 1.2 billion people in Sub-Saharan Africa (SSA) and Latin America.

Maize tops the list of the most produced cash crops in Africa as it is sometimes referred to as the rising star of African agriculture.

Maize production has increased over the past decade in most African countries and this increase is forecast to continue well into the future.

The food crisis in Eastern Africa has emphasized the importance of maize as a staple food crop and an important source of livelihood among rural households.

Due to these considerations, agricultural policies have been implemented with one main objective: to improve productivity and supply of the commodity at national and regional levels.

Today, all parts of the crop can be used for food and non-food products, including biofuels.

For these reasons, several African countries that depend on maize as a staple food crop has adopted agricultural policies to maintain a steady supply of the commodity through increased production and productivity of the crop.

The production, consumption, and trade of yams are analyzed in a report by the International Institute for Tropical Agriculture (IITA).

Yam is not only regarded as one of the most produced cash crops in Africa, it is also known as a staple food in Africa.

It is grown throughout the continent with over 60 million people across the yam belt directly or indirectly involved in its production, yam cultivation is an important component of the region’s economic vitality.

Rice is an important staple food for many people in West and East Africa.

However, the number of rice farmers in these countries is much smaller than those who grow other crops, and farming is usually done on a very small scale.

African farmers are often unable to boost their rice harvests since investment in rice cultivation has not been given its due prominence by government policies and donor programs.

Rice may not be at the top of your shopping list, but it’s certainly one of the most important basic foodstuffs in West and East Africa.

However, not nearly enough of it is cultivated to account for rapid population growth as rice farmers in Africa continue to farm below their actual yield potential.

Nonetheless, small farmers in countries like Burkina Faso, Ghana, Nigeria, and Tanzania are being supported in boosting their rice harvests, improving product quality, and raising their incomes.

Aside being one of the most produced cash crops in Africa, Sorghum is an important cereal in the food supply of Africa.

It is an energy-rich crop that is used to make many different foods, and it can be grown on marginal soils.

In terms of tonnage, sorghum is Africa’s second most important cereal. The crop is now produced on more than 100 million hectares in Africa.

Sorghum is used to make a broad range of tasty and nutritious traditional dishes in Africa, including semi-leavened bread, couscous, dumplings, and fermented and non-fermented porridges.

For making traditional African beers, it is the grain of choice. Sorghum is also the grain of Africa in the twenty-first century.

New goods like quick porridge and malt extracts have been hugely successful.

Sorghum has been considered to be the finest substitute for barley lager beer production in the competitive setting of multinational corporations.

Sorghum has immense promise as a driver of economic development in Africa. To harness sorghum’s potential as a cornerstone of African food security, more focused basic and applied research is required.

Rwanda, Burundi, and Uganda are the top per capita producers (90–100 kg per capita per year).

While these countries produce less than 0.1% of global wheat production, they are responsible for more than 5% of the world’s population living in extreme poverty.

Wheat production has grown rapidly over the years due to increased demand due to urbanization, population growth and food security issues across the region.

Plantains are a staple food item in West Africa. They are rich in carbohydrates and rich in vitamins, minerals, and fiber.

Plantains are an integral part of the West African diet, and the region accounts for about 32% of worldwide production. Major producers in West Africa include Ghana, Nigeria, Côte d’Ivoire, and Guinea.

Although it comes last on the list of the most produced cash crops in Africa, Potato is globally consumed by over a billion people and is the third most important food crop after rice and wheat.

Potato production in Africa tripled from 1994 through 2011, but largely due to the increase in cropping area.

Half of this production comes from sub-Saharan Africa where a recent study carried out by the International Potato Center (CIP) has shown that this level of production could be increased by 140% if identified causes of yield gap were addressed.