10 Most Visited African Countries by Tourists Each Year 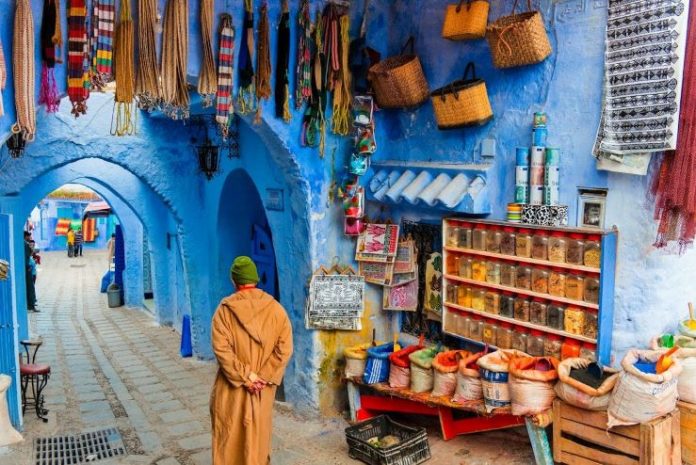 To help you plan your next vacation, we’ve compiled a list of the top 10 most visited African countries by tourists each year.

If you’re looking for an adventure and the best mother nature has to offer, traveling to Africa should definitely be on your bucket list.

Africa is one of the most unique continents in the world, blessed with numerous faces, and each country has something special to offer visitors.

While most people associate it with lions, elephants, and giraffes, there are many more things that make it a must-see destination.

From vibrant cultures to fascinating history and incredible natural wonders, there’s no denying that Africa offers something for every type of traveler.

Should we talk about the Blue Nile and Victoria Falls? Or the impressive UNESCO heritage. These African countries will leave you culturally inspired on your first trip.

The continent of Africa is a vast expanse of culture, wildlife, and natural beauty. Its 54 countries and island nations boast incredible diversity in landscapes, wildlife, and culture.

When exploring the continent, curious travelers are rewarded with a rich history of African culture, including exquisite food and traditional songs and dances.

It is indeed no surprise that tourism is one of the most important revenue drivers for many African countries.

African culture is as varied and colorful as the continent itself, making it one of the most vibrant and intriguing tourist regions in the world.

Looking for the most visited African countries by tourists? Here are a few of our top picks, in no particular order.

With an average of 12 million visitors every year, Morocco is one of the countries that top the list of the most visited African countries. The country is a famous tourist destination due to its rich culture and history, as well as its warm hospitality and excellent cuisine.

Marrakech is a major tourist destination and one of the world’s most dynamic cities, featuring historic palaces and beautiful gardens.

Morocco’s government is leaving no stone unattended in the tourist sector since it is considered a critical tool for encouraging rapid growth and development.

As a result, the tourism sector is given top priority. This northern African country has a distinct vibe from the rest of Africa, blending Mediterranean and Arabic cultures.

The country, which is bordered on the east by the Sahara Desert and on the west by the Atlantic Ocean, offers authentic attractions that combine the desert, the ocean, and the towns.

Morocco has some of the best travel destinations in Africa; Marrakesh and Casablanca are bright and chaotic, while little towns like Fez and Chefchaouen have unique architecture and crafts.

As a result, it is one of the top African countries to visit.

Egypt is another of the most visited African countries on the continent. With an annual average of 13 million visitors, Europe, Asia, the Arab world, Germany, and the United Kingdom account for the majority of visitors.

Egypt’s biggest attractions include the Egyptian pyramids, pharaoh’s tombs, and the Luxor temple, all of which date back thousands of years.

The city of Giza is the most famous tourist destination, including landmark suites such as the Great Pyramid of Giza and Khufu.

Egypt’s coastline along the Red Sea makes it one of Africa’s best diving locations, in addition to its rich historical past.

You won’t have to bother about applying for a visa ahead of time because Egypt offers travelers visas on arrival.

Egypt is located in the northeast corner of the continent, bordered on three sides by the Mediterranean and Red Seas, as well as the Sahara Desert to the south and west. The Nile River, which runs across Egypt and is the country’s lifeblood, runs through it.

While many visitors come to view the historical landmarks and see all that Cairo has to offer, others come to relax on the Red Sea’s beautiful beaches.

Egypt has something for everyone, with so much history and culture to explore, as well as breathtaking desert and coastline scenery.

Kenya is located in Eastern Africa and is perhaps the first country that comes to mind when people think about safari adventures.

With the exciting adventures the country has to offer, it is no surprise that it makes the list of the most visited African countries by tourists.

The country houses some of the world’s most inventive and successful conservation projects. Aside from its wealth of animals, Kenya has a rich past that can still be seen in its diverse ethnic groups, each of which has preserved its traditions and culture to this day.

Nairobi, the country’s capital, is its largest city. From the Great Rift Valley to the mountains, Kenya offers a rich ecological mix.

South Africa also ranks high on the list of the most visited African countries with an annual average of 10 million visitors.

The country in southern Africa is a popular safari destination with national parks where visitors may see Africa’s most iconic species, the big five: elephant, lion, rhino, leopard, and buffalo.

The country’s megacities, Johannesburg and Cape Town, are magnets for urban travelers. The Table Mountains are a popular tourist attraction, with over 4.2 million visitors each year.

Tanzania consistently tops numerous tourism-related rankings. Its coastal resorts, such as Zanzibar and Pemba, are among the greatest in the world for beach and diving.

Because of the enormous rhinoceros migration from nearby parks, the Serengeti National Park is often regarded as Africa’s top safari destination.

It’s difficult to know where to begin when there’s so much to see and do in Tanzania. Indeed, this beautiful portion of East Africa is surrounded by a diverse range of scenery, each more captivating than the previous.

Its shoreline runs along the Indian Ocean.

Tanzania has much to offer everyone, whether they are interested in history, ecology, culture, or wildlife, and, as such, it is definitely one of the most visited African countries by tourists.

The archipelago is made up of 115 islands, the majority of which are deserted, and it is surrounded by the sparkling waters of the Indian Ocean.

They are home to a variety of unusual animals and plants as a result of their remote position, and the majority of them have been classified as nature reserves.

There are many luxury resorts, bars, and restaurants on Mahe, the largest of the islands, as well as the nation’s capital, Victoria.

If you ever catch yourself thinking about the most visited African countries in the world, make sure Seychelles makes the list.

Tunisia is a little beauty secluded at the tip of North Africa, giving the continent’s borders the most powerful flavor of the Mediterranean environment.

Tunisia has around 8 million visitors each year. Tunisia, despite its small size, is rich in history and natural beauty. The Great Mosque of Kairouan, Tunisia’s capital, and Carthage’s antiquities are prominent draws.

If you’re looking for a safari adventure in Africa that’s a little different from what you’ve seen before, Zimbabwe is the place to go.

The game viewing in Zimbabwe is second to none, but the Victoria Falls are unlike any other. As one of the world’s largest waterfalls, they extend some 1,708 meters in length.

The Victoria Falls are a sight you won’t easily forget, so when planning your trip to Zimbabwe, make sure you don’t overlook these natural wonders.

The Victoria Falls are a true marvel, showcasing the wonder of nature. They are considered to be one of the seven natural wonders of the world and will make an amazing addition to your travel itinerary this year.

It has a lot to offer travelers, from snow-capped mountains to beautiful coasts.

Cities like Algiers and Constantine have a blend of traditional, Islamic, and historical colonial structures, giving them an urban and modern appeal.

It’s no wonder that it’s home to some of Africa’s most gorgeous mosques and botanical gardens.

Mountain gorillas have been critically endangered in recent decades. However, Uganda’s natural environment still supplies them with the right tropical forest habitat.

Uganda has a lot of water because of the River Nile’s source, which is important for gorillas and other creatures and birds.

Uganda, like Rwanda, is gaining popularity as a gorilla-watching destination. Visitors come from all over the world to see the East African country’s rich culture and history.

Aside from the fact that many African countries rely on tourism as a major sector of the economy, there are lots of reasons why you should visit Africa.

Whether you’re interested in ancient history, national parks, waterfalls, animals, birds, or amazing food, there’s a trip to Africa waiting for you.

Many tourists return home with memorable experiences each year and are likely to return for more in future holiday seasons.