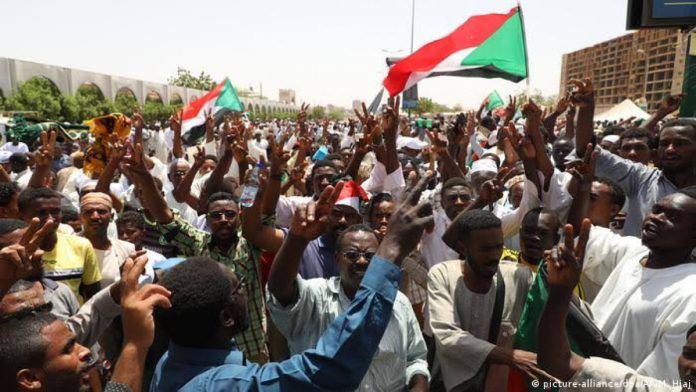 Hundreds of Sudanese protesters gathered in front of the United Nations mission in the capital, Khartoum, on Wednesday to demand the immediate expulsion of Volker Perthes, the union’s representative.

A protester on the scene, Muhammed Sayed gave his comment to local media, stating that “Volker must leave today, before tomorrow.” The protesters seemed particularly interested in ensuring that Volker leaves Sudan as soon as possible, as his supposed mediation is believed to hinder what Sudanese expect from the current administration.

“If he doesn’t, we will make him leave by force,” Sayed said while explaining that their actions will not at all be done through pleading, speeches, or writing reports to the UN. “It will be by force, by direct force”, threatened a Sudanese protester, Sayed.

The protests took place while the UN Security Council considers whether to extend the mission’s mandate beyond June 3rd. Many of them believe that the UN mission in Sudan, through its envoy, led by Volker, is meddling in domestic issues.

“Volker came to involve parties [of the Forces of Freedom and Change] back in the Sudanese society,” said another protester, Ahmed Ali.

He asserted that the Sudanese society stands strictly against such parties as they are known or believed to work for their benefit and their work involves “exclusion and vengeance.” Ali further explained that their protests and actions against the UN won’t stop or slow down until problems in Sudan are effectively solved by the Sudanese people.

The UN mission, together with the African Union and the IGAD regional bloc, has been pushing for Sudanese-led talks to end the crisis.

Military leader Abdel Fattah al-Burhan revoked the state of emergency enforced since the coup on Sunday, paving the way for “serious dialogue that achieves transitional stability.”

The decision was reached following a meeting with senior military officials, who also suggested that those arrested under emergency laws be released.

In 2021, the United Nations announced the appointment of Volker Perthes, a German academic, as the new Special Representative for Sudan.

According to Guterres, Volker Perthes has over 25 years of experience in education, research, international relations, and diplomacy, including at the United Nations, as well as significant expertise in conflict resolution and regional geopolitics.

Guterres nominated the 62-year-old German political scientist and professor, who speaks good English and Arabic, only four months after starting as a senior advisor at Berlin’s German Institute for International and Security Affairs in September.

Since UNITAMS was established in June 2020, the position of UN representative to Sudan has been empty, until Perthes. The mission’s goal is to assist authorities during the political transition that began in April 2019 with the departure of former President Omar al-Bashir.

Also read; Police In Senegal Arrest Two in Connection With Deaths of 11 Babies In Hospital Fire