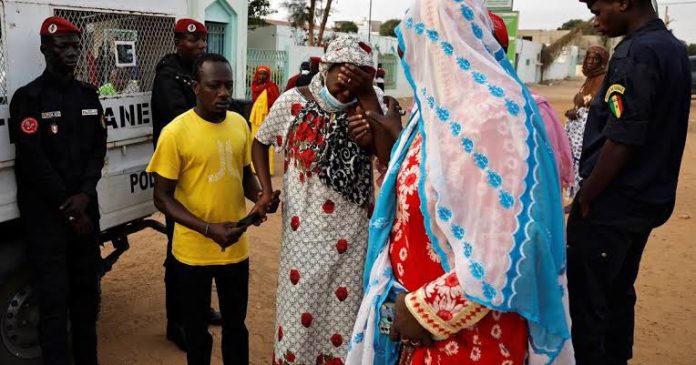 Two health professionals from a neonatal hospital in Senegal have been arrested after a fire killed 11 newborn babies last week.

According to RFM, a private Senegalese radio station, the arrest took place on Sunday, May 29th, in response to an outcry from social media users for actions to be taken.

When the fire broke out at the Abdoul Aziz Sy Dabakh Hospital in Tivaouane, a town 120 kilometers (75 miles) northeast of Dakar, both individuals who were arrested, a nurse and a nurse’s assistant, were both on duty. According to RFM, they were arrested for “neglecting children” and “endangering the lives of others.”

The arrests happened just days after President Macky Sall promised a probe into the fire’s cause. He also demanded that all medical equipment used to care for infants in the country be audited, to avoid any form of an unfortunate incident that could be linked to the lack of professional instruments by the health system.

President Sarr, who was attending the World Health Assembly in Geneva, cut short his trip to return to Senegal and told RFM and the general Senegalese populace that the unfortunate fire was caused by an electrical short circuit.

Sadly, the incident isn’t a first, as a year earlier, four other newborns died in a hospital fire in Linguere, in northern Senegal.

A series of other deaths have also raised concerns about maternal and infant health in the West African nation, believed to have some of the best hospitals on the continent.

Earlier this month, authorities discovered a baby that had been declared dead by a nurse’s aide was still alive in a morgue. Although the infant later died, the nurse’s assistant was dealt with promptly as she was blamed for not expressing her “duty of care” for the baby.

Also worth noting was the death of a pregnant woman, which happened last year. According to sources, a pregnant woman died in Louga, in the north of the country, after waiting in vain for a cesarean section. In response to her death, the government placed three midwives on a six-month suspension for not giving help to a person in danger.

Recall that we had earlier reported that according to officials, eleven newborn babies died in a hospital fire in the Senegalese town of Tivaouane, prompting outrage and cries for responsibility.

The Mame Abdou Aziz Sy Dabakh Hospital, the very place where the incident happened, was recently inaugurated, as stated by local media.

As noted by local media and contained in the above paragraphs, the catastrophe in Tivaouane follows several comparable events at public health institutions in Senegal, where there is a significant discrepancy in healthcare services between urban and rural areas.

In response to the incident, Sall immediately took to his Twitter page to tweet; “I have just learned with pain and consternation the death of 11 newborn babies in the fire that occurred in the neonatology department of the Mame Abdou Aziz Sy Dabakh hospital in Tivaouane.”

Also read; Nigerian Man Who Traveled from London to Lagos With his Bike Arrives Lagos