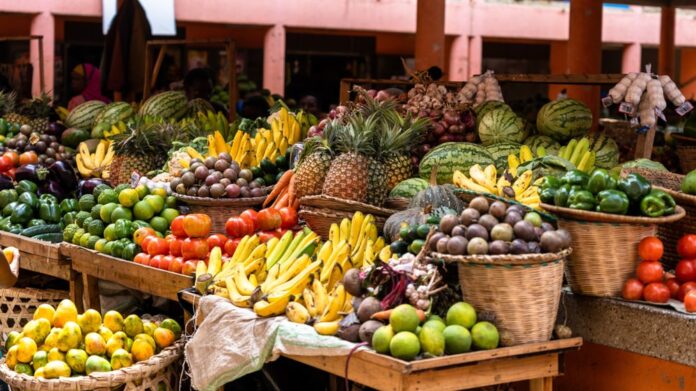 There are many tasty and nutritious African fruits to try, some of which you’ve certainly heard of and eaten, and some you’ve probably never even known existed.

Of course, these African fruits are loaded with a lot of health benefits that one can’t easily overlook.

Check out the rest of this post to learn about 15 African fruits you should try having any time soon.

Numerous types of dates exist, but the Deglet Noor and the Medjool are the two most popular in North Africa. It is a sweet stone fruit with an inedible seed and a fleshy outer skin that can be either golden yellow or reddish-brown.

Dates are a sweetness that can replace honey and are great in salads and desserts. Both fresh and dried dates are edible.

In Nigeria, it is usually mixed with coconut and tiger nuts to make tiger nuts drinks while in Moroccans popular dish, Tagine, is also made with dates.

This West African fruit has a small, spherical, orange, and chewable peel.

African star apples have a tart flavor when unripe and are green in color. As they ripen, however, they become orange and become sweeter and less tart.

The African star apple, also known as the African cherry, Agbalumo, Udara, and Alasa, is a good source of vitamin c.

To eat this delicious fruit like a local, squeeze it open, sip the juice, and then split it apart to reveal the pulp, which you can then be consumed.

African star fruit juice, which can be fermented into wine or distilled, can be converted into jams, fruit juices, syrups, and soft beverages.

Additionally, Central Africa is home to this delicious fruit. It is excellent for a healthy lifestyle because it is high in vitamins and low in calories. It goes by the names Akee apple, Feso, Otousi, Ankye, and Gwanja kousa in some parts of Africa.

Although ackee can be consumed raw, its pleasantly nutty and slightly sweet flavor makes it a perfect fruit for frying or cooking with meats and other foods.

Although ackee is the national fruit of Jamaica, it actually originates from West Africa.

Awin, Yoyi, Veludo, and Icheku are a few of the various names for tamarind. It is a seasonal fruit with an enjoyable, thick orange pulp and a black velvet shell that is famed for its sweet-sour taste.

The fruit can be found as far north as Sudan in North Africa, growing in West Africa. It can be consumed raw or soaked in water to create tamarind juice, a popular African beverage, and is widely used to season food.

Tamarind is unarguably one of the most nutritious African fruits in existence. Click here to read some health benefits.

In East Africa, especially Uganda, the banana type known as “matoke” is a common food.

The green cooking banana variant is shorter than other bananas. It has a white flesh that turns beautiful yellow when cooked and a green skin that is covered with green scales.

The fruit can be eaten when ripe, but when eaten unripe, it is generally seen as a waste because matoke plays a comparable role to the potato in African cuisine due to its starchy, slightly sweet flavor.

The African baobab is a sizable fruit with an egg-like form that contains dried and hardened pulp.

The baobab tree is incredibly large and hardy and its leaves, roots, bark, and fruits are largely consumed due to its numerous health advantages.

This African fruit can be found in Senegal, Sudan, South Africa, the Central African Republic, Sudan, Ethiopia and Mali.

This fruit has a flavor of citrus and a coarse texture. It can be eaten raw, used as a seasoning in cooking, or taken as a beverage.

The African breadfruit is huge, round, and greenish in color. The fruit’s edible components, the seeds, become chunky and spongy when it is ripe.

Among other places in Africa, it is present in Tanzania, Zambia, Uganda, Malawi, Senegal, Mozambique, Congo, and Gabon.

The seeds, which are rich in nutrients, can be consumed as a meal, turned into porridge, flour, or used to flavor alcoholic beverages. For a snack, they can be dried and roasted.

The term “breadfruit” comes from the distinctive and starchy flavor of this fruit.

The big, oval shape and juicy pulp of this well-known fruit are its most notable features. As it grows older, the skin’s tone changes from green to yellow or orange.

The delicate, orange or golden flesh of this fruit is filled with many black seeds. This sour fruit can be consumed raw in Africa, turned into jam, included in a fruit salad, or made into a smoothie by blending it with other fruits.

Fruits like papaya are excellent for breakfast or snacking because of their mushy texture and less sweet melon flavor.

Marula is a flavorful and succulent African fruit with a pronounced sweet-sour flavor.

This fruit is also known by several other names, including Maroela, Cider Tree, Morula, Cat Thorn, and others.

It can be consumed raw or cooked, and it can be used to make alcohol, jam, and juice. The South African fruit marula, which is used to create the well-known cream liqueur Amarula, is actually protected by law.

It is a very healthy fruit that has more vitamin C than an orange.

The flavor of this deciduous nut is sweet, acidic, and salty, and it is a great source of protein.

Clementine is a citrus fruit that is indigenous to North Africa, more especially Algeria.

Numerous additional minerals, including vitamin C, are abundant in this fruit.

This fruit comes in a variety of species, all of which fall within the cling peach or dessert peach categories.

The way the flesh sticks to the seed distinguishes the two.

Dessert peaches are bigger, harder, and easier to peel away from the seed than cling peaches, which cling strongly.

Both types are delicious and chewy.

Kola nut is one of the African fruits worth bragging about. In several West African nations, the kola nut fruit has religious and cultural importance.

It is almost chestnut-sized and has brownish-white, light pink, or dark purple coloring.

Interestingly, this fruit was formerly a flavoring agent in the renowned beverage Coca-Cola. This fruit is frequently used as an ingredient in the creation of sodas, energy drinks, and other beverages due to its high caffeine content, flavor, and energizing qualities.

In West and Central Africa, the fruit of the African palm tree is quite valued.

This fruit is used to make margarine and confections for frying and cooking. However, due to its numerous health advantages, palm kernel oil is utilized for things other than food.

Known for its medicinal qualities, pepper fruit is a berry with a spicy, pungent flavor.

Its red, pink, or green (ripe) pod is common to many West and Central African nations. The fruit can be consumed raw or added to many other cuisines.

Food like hot soup, spicy fish, white soup, stews, and sauces can all benefit from the seasoning and flavoring of pepper fruit. It is known that pepper fruit has insecticidal and antiviral effects.

The Central African Republic, Gabon, Nigeria, Cameroon, Niger, and other nations in Africa are all home to the seasonal fruit known as the African walnut.

There are several more names for it, including Kaso, Asala, Ukpa, and Okwe.

It is a little, oblong fruit with a dark brown or black shell and a sweet, chewy nut with cream or milky hue. The taste is bitter when consumed raw, thus it is best cooked, baked, or roasted before consumption to bring out its earthy, powerful flavor.

Before consuming the flesh, the shell must be broken, which is not difficult to do. This delectable treat is a favorite among many Africans as a snack or something to munch in between meals.