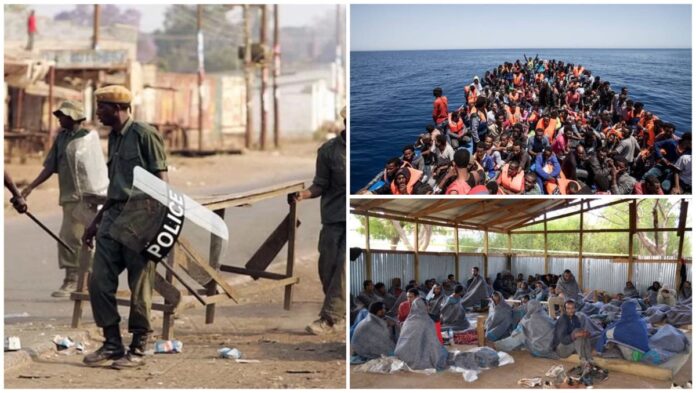 Zambian authorities said on Sunday they had found the bodies of 27 men believed to be Ethiopian migrants dumped in an agricultural area on the outskirts of the capital after they died of starvation and exhaustion.

Police said the lone survivors were found alive in the early hours of Sunday morning and were taken to Lusaka Hospital for treatment, while the dead were taken to the morgue for identification and an examination of the body to determine the exact cause of death.

Initial police investigations revealed that all of the victims were men between the ages of 20 and 38 who had been thrown onto a street by unknown persons.

After the public drew police’s attention to the gruesome scene, police and other security departments launched investigations into the matter, police spokesman Danny Mwale said in a statement.

Also, read; US Sanctions Son of Zimbabwe President on Eve of Africa Summit

Zambia is often used by Ethiopian migrants when traveling to countries like South Africa, although reports of people dying in transit are rare.

Sadly, Ethiopia has been plunged into conflict for years. The Tigray region in Ethiopia’s far north is at the center of an ongoing civil war involving regional ethnic militias, the federal government, and the Eritrean army, which has been alarming humanitarian groups and outside actors since November 2020.

The Tigray People’s Liberation Front (TPLF), the main political party representing Tigray, has a history of dominant leadership and political alliances at the national level, despite Tigrayans being an ethnic minority.