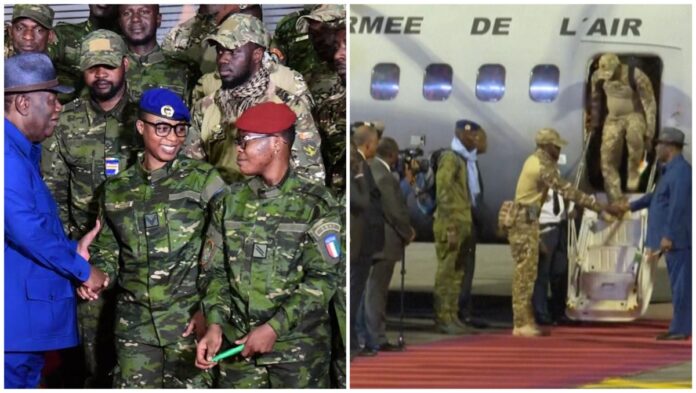 46 Ivorian soldiers accused by Mali of being mercenaries have returned home after six months in captivity.

Troops arrived at the airport in Abidjan, Côte d’Ivoire, on Saturday night, a day after receiving a pardon from Mali’s military ruler.

Their arrest in the Malian capital Bamako last July sparked a bitter diplomatic controversy between the two neighboring countries.

Mali accused them of being mercenaries, while Côte d’Ivoire said they were taken to routinely protect the German contingent on a United Nations peacekeeping mission.

As they got off the plane home on Saturday, each soldier was holding a small Ivorian flag and smiling as they shook hands with Ivorian President Alassane Ouattara, who was waiting for them at the airport.

“Now that this crisis is behind us, we can resume normal relations with our sister country Mali,” said Ouattara when everyone was on Ivorian soil.

A spokesman for the soldiers thanked Ouattara and “the people of Côte d’Ivoire for their support and active solidarity”.

“We are happy and relieved to return to the motherland,” he said.

Their release comes days after a Bamako court sentenced them to 20 years in prison for conspiring against the Malian government and trying to undermine national security.

Death sentences were handed down in absentia for three women who were among the original 49 soldiers arrested at the airport and previously released.

The verdicts came ahead of a January 1 deadline set by the leaders of the Economic Community of West African States (ECOWAS) for Mali to release the soldiers or face sanctions.