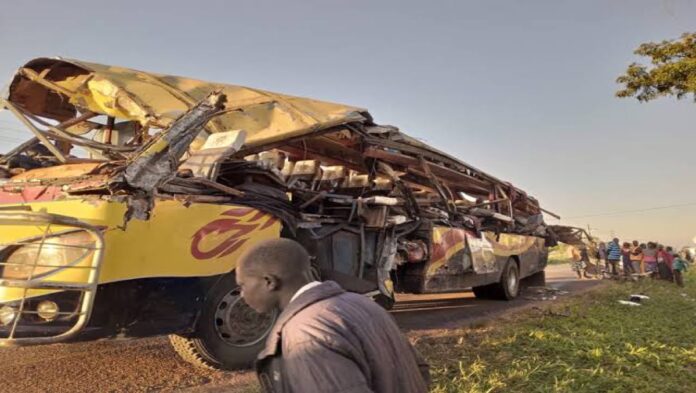 At least 21 people were killed and 49 injured when a bus bound for Nairobi, the Kenyan capital, crashed shortly after crossing the Ugandan border, police said on Sunday, in the latest series of fatal road accidents.

Uganda Regional Police spokesman Rogers Taitika told AFP that most of those killed were of Kenyan origin and eight Ugandans were killed.

The bus was heading from the town of Mbale in eastern Uganda to Nairobi and crashed on Saturday night in the Kenyan town of Luwakhakha, just across the border from the Ugandan town of the same name.

The driver appeared to have lost control, Taitica said, causing the vehicle to veer off the road.

He added: “Preliminary results indicate that the bus driver exceeded the speed limit.”

The Ugandan government plans to take new measures to try to improve road safety after the number of accidents in the east African country has increased in recent days.