5 Cultural Destinations To Visit In Africa 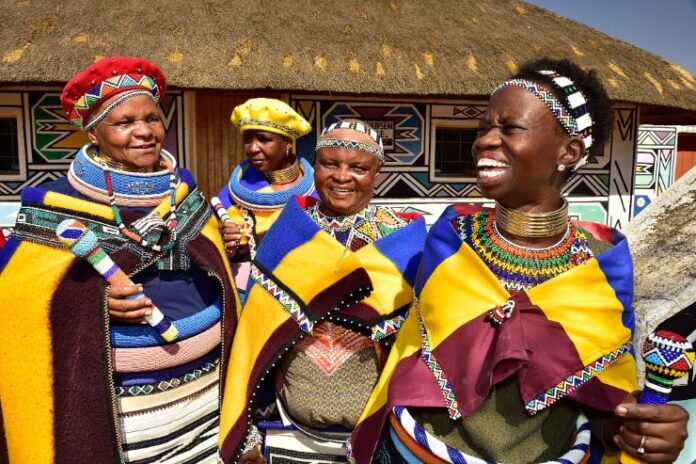 Africa is home to hundreds of diverse cultures, rich heritages, an immense variety of foods. There are also lots of cultural destinations to visit in Africa.

A visit to Africa’s richest cultural destinations will have you experiencing a diverse range of activities and sights that offer something for everyone.

From stunning landscapes, to stunningly huge herds of elephants, the continent has it all. But what makes the continent so special is its people’s rich cultural heritages.

Explore this page for great travel ideas for your trip to Africa, you can find a list of most visited African countries here.

Keep these three words in the back of your mind: Namibia is stunning. In addition, the nation in Southern Africa has a rich history.

There are multiple tribes and seven recognized languages, including English, German, Afrikaans, Setswana, and Oshiwambo.

The Owambo is Namibia’s largest ethnic group. About 49.5% of Namibians speak Bantu as their first language.

You will find Owambo people in the northern portion of the country. They are mostly livestock farmers.

There are a lot of white people in Namibia. The percentage of the population that is white in Namibia ranges from 4 to 7 percent.

Kavango is the second-largest ethnic group in this stunning nation. They account for 9% of the population.

Coloreds, Sans, Tswana, Nawa, Lozi, Herero, Caprivian, and Busmen are some of the smaller ethnic groups of Namibia.

These festivals are definitely one of the amazing cultural destinations to visit in Africa.

Located in East Africa, Tanzania is one African country that attracts a huge number of tourists every year.

This country is blessed with numerous spectacular landscapes, including wilderness, mountains, some islands, beaches, etc.

English and Swahili are the two official languages of Tanzania.

Tanzania is also home to the well-known Mount Kilimanjaro, which is majestically tall.

Some of Tanzania’s ethnic groups in terms of tribes include:

The Sukuma: This is the largest ethnic group in Tanzania. The Bantu-descendant Sukuma people think that their forefathers formerly worked as cattle farmers.

The Chagga: The Chagga make up Tanzania’s third-largest ethnic group. They inhabit the southern slopes of Mount Kilimanjaro and speak Bantu.

Visitors to Tanzania can witness the emergence of culture at several of the country’s yearly celebrations.

Sautiza Busara Festival is one of the Tanzanian celebrations. In Zanzibar, it happens sometime in February. The Mwaka Kogwa Festival is considered some form of Shirazi New Year celebration.

A marathon is held nearby Kilimanjaro in March. Particularly, tourists are drawn to this celebration. Another March celebration in Tanzania is the Nyama Choma Festival. It’s a sizable barbecue festival.

Every year in July, one of East Africa’s most well-known film and art festivals, the Zanzibar International Film Festival, takes place.

Thinking of cultural destinations to visit in Africa, here is one.

One of the top cultural destinations to visit in Africa is the “Rainbow Nation,” South Africa, which is situated in southern Africa.

It boasts of generating incredible leaders like Nelson Mandela and has a rich history. Having four primary tribes, the Nation prides itself in its unique customs.

The Nguni, Sotho, Shangaan-Tsonga, and Venda are these four tribes. The Zulu, Xhosa, Ndebele, and Swazi people are members of the Nguni people of South Africa, a group of Bantu-speaking inhabitants who were once cattle herders.

In other southern African countries like Malawi and Zambia, they are called the Ngoni people.

The Sotho people, also called Basotho people, can also be found in Lesotho. According to legend, the Shangaan-Tsonga originated in East Africa.

South Africans who speak Bantu are also comprised of Venda tribespeople. They live near the country’s border with Mozambique.

In South Africa, the Zulu dances are among the most popular celebrations. This style of dance is performed by all. either married or single. The dancers are clothed in fine clothing, and tunes stir the air as they dance.

Senegal is located in the southwestern area of Africa and holds a rich cultural and ancestral heritage. Senegalese people created a stunning version of their cultural customs.

They speak a number of languages, including Wolof, Diola, Mandigo, and Pullar in addition to French, which is their official language.

Festivals in Senegal include:

One of the largest jazz festivals in Africa is the St. Louis Jazz Festival. Every year, it occurs between May and June. Numerous internationally recognized jazz musicians perform at this festival.

The Abene Festival is an ongoing event that can last up to ten days with people running through the streets while music and drums are playing.

Traditional wrestling matches take place at night. Sounds interesting already, so here is something to look forward to whenever you visit Senegal.

Morocco is a nation in North Africa with a rich history and culture that has been impacted by Berbers, Arabs, and Europeans.

Tourists can go surfing in the Atlantic Ocean and spend the night in the desert gazing at the stars in Morocco.

The Arab-Berber is one of the largest ethnic groupings in Morocco, making up the majority of the population.

They are the reason Morocco’s official languages are Arabic and Berber.

Moroccan cultural events are fascinating and energetic. Among them are:

The Almond Blossom Festival is held to commemorate the onset of a new season. This custom is still observed by the Amazigh people of Morocco, who celebrate it in mid-February.

The Fes Festival of World Sacred Music is a music festival that takes place every June.

The Shikhat dance is quite popular in Morocco. It is a belly dancing where dancers move their waists to the floor while dancing while wearing slightly revealing tops and flowing skirts.