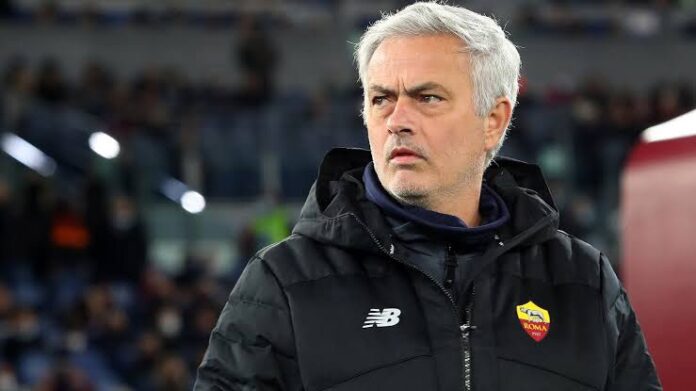 José Mourinho has advised that the governing body of football, FIFA, immediately does something to stop African footballers from representing any other country asides from that of their origin.

The former Chelsea coach was known as “the special one” for his confidence and intelligent display of prowess in his coaching abilities. However, Mourinho, has added another skill to his belt, considering his recent advocacy.

Mourinho, who is now the coach of AS Roma, explained that it is important for national teams from Africa to immediately begin to make significant progress in the World Cup.

He believes that the only way this would be possible is if players from the continent abandon their decision to play for European teams and remain in their African teams.

Mourinho, explained that several nations must have been wondering why they seem to have fallen short when it comes to World Cup performances. The former Chelsea coach mentioned footballers like Romelu Lukaku.

Lukaku, whose parents are from the Democratic Republic of the Congo, Mousa Dembélé, whose father is from Mali, and Marouane Fellaini are among Belgium’s top players and have generally ignored the teams of their country of origin.

There are also football stars such as Paul Pogba whose parents are originally from Mali yet Pogba plays for France.

The AS Roma coach also explained that the likes of Mbappé whose origin could be traced back to Cameroon has won France various matches while he could have been quite instrumental in the Cameroonian team.

According to the superstar coach, all these players are wonderful players who should be actively putting effort into ensuring their nations of origin wins important trophies. However, they opted to play for nations such as France and Belgium.

In its 23-man roster, France alone has about 15 players with African ancestry. England, on the other hand, has various players who also share the same ancestry and these players have participated actively in bringing these nations success in dozens of competitions over the years.

Mourinho has also earlier questioned in 2020 why African athletes were leaving their continent to play for other nations.

He explained that African nations continued to allow its players to represent other continents. According to him, this would continue to be a roadblock to the opportunity to win the World Cup.

“I want the world to realize that Africa is equal to everyone, Africans are not good, they can win any game, only because most of their best players are scattered all over the world playing for other countries beyond their homelands.”