5 Habits of African Billionaires You Should Know About 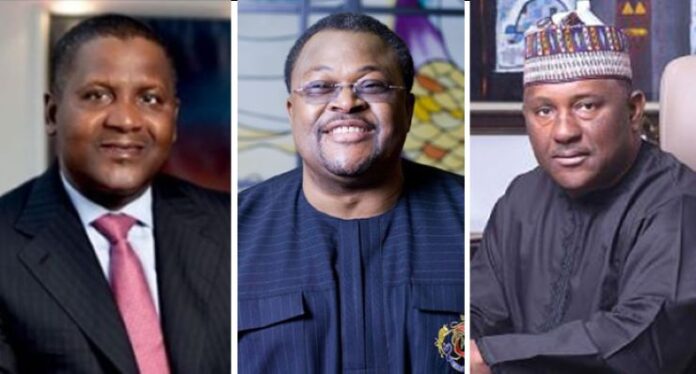 We are sure almost everyone, if not everyone wants to be wealthy, hence this article highlights some habits of African billionaires that you should know about.

Firstly, it might interest you to know that billionaires aren’t made overnight and we are sure that some of these habits of this African Billionaires will show you why.

The world has a lot of billionaires; however, you can achieve the same outcome if you develop habits that are similar to the habits of successful people.

Most people have the misconception that millionaires simply relax and hire others to perform all of their jobs for them.

That is not true, on the contrary, you’ll be surprised to learn that the majority of these high-net-worth individuals are workaholics.

Don’t forget that they’re the ones who have the big ideas for his or her businesses. As a result, because they have people working for them, they must be available to lead the operation.

Being as profitable as being a billionaire requires a lot of effort and time but there are some habits that could help you move forward in your own business endeavors.

Do you aspire to be as rich as the billionaires? Here are some habits of African billionaires that you should emulate.

1. They are superb at networking and politicking

You’ll agree that understanding how to network and politick appropriately is nearly impossible to become a successful businessman/woman anywhere on the earth.

That is why African billionaires are adamant about keeping their close-knit social groups, which are sometimes made up of other high-net-worth individuals like themselves.

Wealthy people tend to circle in the same circles because, as the adage goes, birds of the same feather flock together.

They must ensure that everybody they associate with may offer value to their lives regardless of the circumstances.

Billionaires know how to connect with one another, this allows them to have exclusive access to many things that ordinary people do not have access to.

These includes speaking engagements, travels, the best of meals, private and public events, and, most crucially, the potential to advance their ideas by meeting the appropriate people.

They are also good at politicking because they are aware that political leaders make policies that will have an impact on their enterprises.

Do you dream of becoming a billionaire? This particular habit of African billionaires can take you far in life.

African billionaires are voracious readers. They don’t just read for fun; they research trends and concepts and put what they’ve learned into practice to become successful.

Tony Elumelu, one of Africa’s billionaire from Nigeria chose five novels that have had a major impact on his life on World Book Day to highlight how much of a reader he is.

They are as follows:

Secondly, what they watch is also important. Aliko Dangote spends a lot of time on Bloomberg TV and other business networks.

This provides him with valuable insight into the global industry. So, if you want to be successful, one of the habits of African billionaires to nurture is the habit of learning new things and being willing to put what you’ve learned to good use.

3. They are very strategic with their business moves

Another habits of African billionaires is that they know what they want and how to get it when it comes to business. They don’t let anything stop them from achieving their goals.

However, they make every effort to guarantee that nothing stands in their way of achievement.

For example, Abdul Samad Rabiu, a Nigerian entrepreneur and manufacturer, advises that any new initiative be closely examined before being implemented.

This way, all of the necessary components are taken into account and doing so helps to reduce the likelihood of failure.

4. Billionaires prefer to be surrounded by intelligent individuals

Billionaires live their lives every day outside of their social lives, while running their business empires.

Also, despite the fact that they are the visionaries and forerunners for his or her massive corporations, they are unlikely to be able to do all of the tasks on their own.

As a result, billionaires tend to surround themselves with highly qualified specialists such as lawyers, accountants, business and media strategists, and others with whom they interact on a daily basis.

“You are the average of the five people with whom you spend the majority of your time,” as the adage goes.

If you want to be successful, you will have to work on building your close circle. People around you should have the same mindset as you do.

You don’t want to be sharing your big dreams with someone who just want to casually get through life.

Want to build habits of African billionaires? Here is one vital point to consider.

5. They are very disciplined

Have you ever noticed how few negative stories regarding African billionaires make the news?

This is because many of them are conscious of their social status and the harm that negative publicity can cause to their manufacturers and businesses.

As a result, they work as hard as they can to self-discipline themselves by chopping away the irrelevant and focusing on what’s really important, which is building their empires.

Also, African billionaires are also incredibly diligent when it comes to taking good care of their health.

This is because they understand that true riches are truly good health! It’s no surprise that Tony Elumelu, a Nigerian billionaire takes his workout routine seriously.

One thing you don’t want to do is have a lot of money but you don’t have good health to enjoy what you’ve worked for.

We hope this article has triggered you to work towards developing from of these healthy habits of African billionaires in order to be successful like them in the nearest future.

There’s nothing stopping you from achieving your dreams. Go for it. If they can, then you can too.