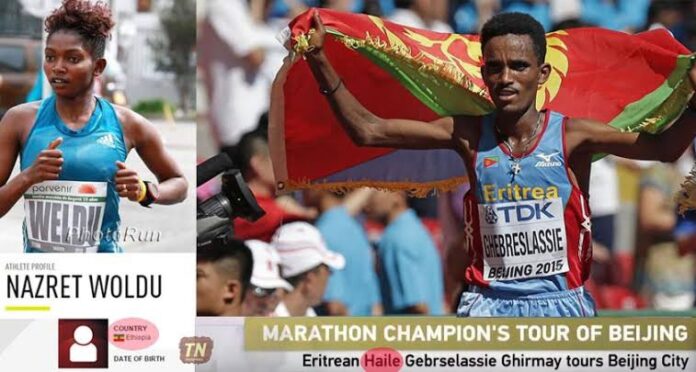 Four athletes and a coach of the visiting Eritrean athletics team at the IAAF World Championships in Eugene have been officially reported missing.

The five athletes competed at the Oregon22 IAAF World Championships in Eugene, Oregon and have now been reported missing to the Oregon State Police. All five were reported missing from Lane County on the same day, 24th of July, 2022. Oregon’s Last Day22.

However, Eritrea is experiencing intense political unrest and athletes seeking asylum from unstable areas have historically used sporting tournaments such as the Oregon22 World Athletics Championships to flee their country. Maybe that’s the case here.

Four of those missing are athletes from the Eritrean national team. The other may be a coach or otherwise associated with the team.

We contacted the Eugene Police Department and the Lane County Sheriff’s Office. They had no information about these men at the time.

We contacted the Eugene Police Department and the Lane County Sheriff’s Office. They had no information about these men at the time.

We contacted the University of Oregon Police Department, they confirmed that it is the agency that received the report on the five missing Eritrean men. Apparently, there was no foul play involved. No further information was available from them at this time.

This is an evolving message. We will update if we find more information on this.

While this could very well be moving to the US for asylum, we currently don’t have information to verify this.

The university identified the missing athletes as: