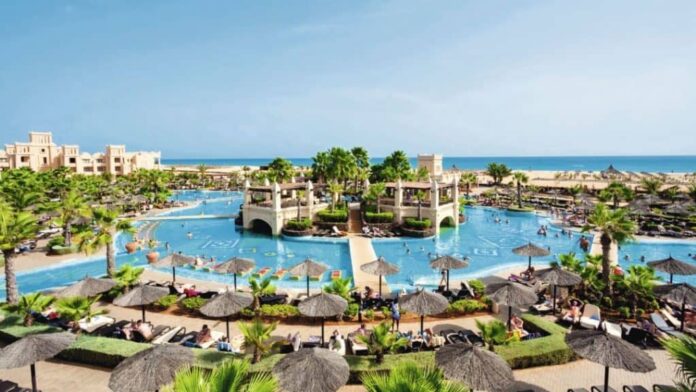 The media frequently presents a bad image of Africa which has led to many people coming up ridiculous myths about Africa.

Blockbuster films like Blood Diamond and Lord of War have helped spread these beliefs about Africa, and sadly, this has resulted in a lot of prejudices.

Interestingly, as you explore the continent, you realize that Africa is much more interesting, complex, and beautiful than the media would have you believe.

Here are the 6 common myths about Africa that you have probably heard and you need to dispel.

1. Africa is a country

The most common myths about Africa is that most people think Africa is “a country”.

It’s funny how the number of independent nations on this diversified continent—which is home to over 54 of them and over a billion people—is always reduced to just one.

In fact, Africa is actually the second-largest continent on the planet and the most ancient region to have been inhabited.

The cultures that live there are even more numerous and diverse than it. On the continent, there are between 1500 and 2000 indigenous languages that are spoken daily, with South Africa having an astounding 11 official languages.

The continent was totally colonized by nations including France, Belgium, England, and Germany in addition to Ethiopia and Liberia, however, most gained freedom after World War II.

Related post: 10 Most Visited African Countries by Tourists Each Year

News flash, you can travel widely over the continent with no problems.

We won’t dispute that the continent has a few problems here and there, just like anywhere else on the planet.

You’ll be fine if you stay away from some risky nations. To begin with, Morocco, Kenya, and Tanzania have long been significant tourism hotspots, while Botswana, Namibia, Malawi, and Ghana are among the most stable nations on the continent.

More often than not, friendly locals will kill you out of kindness than you will actually be in danger. Be cautious, use common sense, and take pleasure in the friendliness and hospitality of the locals.

This is another common myths about Africa. Animals are so closely associated with Africa that many people think they wander freely throughout the continent.

It almost seems like we have to make a wild sprint from our doorways to the vehicles that are waiting with churning engines in the mornings. All in an effort to dodge the wildlife that is waiting to pounce on us as we leave for work and school. This can’t be.

There are definitely substantial areas of land set aside in our country for wild animals to roam freely. One such wildlife region is the Kruger National Park, which is larger than numerous small nations. Animals can roam freely because it is only set aside for the preservation of nature.

Even yet, the overnight camps in Kruger are enclosed for your protection.

Uhmm, excuse me? The richest man ever is Africa. Musa I of Mali, also known as Mansa Musa, is regarded as one of the richest people in history.

One of the rich Sahelian kingdoms that grew along the Saharan slave trade routes in the latter medieval era was the Mali Empire, which had Musa as its eleventh emperor.

Estimates place his net worth at the time of his death in 1937 between US$300 billion and US$400 billion, adjusted for the late 2000s. Even South Africa ranks 30th in the world for GDP.

5. The weather in Africa is usually hot

While tropical regions of central Africa can occasionally have monsoon-like conditions for a while, both northern and southern Africa face chilly winters with frost.

Southern Africa’s winter is brief. June, July, and August are actually the only three months that it lasts (with July and August being the coldest).

In Southern Africa, these are the greatest months for seeing wildlife. Because animals congregate around water sources and the forest is less dense in areas like Kruger Park, it is easier to spot the animals.

Some beach places, like Mozambique, with its amazing stretches of golden sand and blue waters, are equally perfect in the winter. Seahorses, whale sharks, green turtles, and the finest seafood are all present.

Islands like Madagascar and Zanzibar are excellent winter getaways. Zanzibar, with its seaweed gatherers, night markets, nighttime marketplaces, Masai culture, massage parlors, and beach resorts Madagascar is home to lemurs, baobab trees, beaches, forests, pristine views, and the kindest people. There is yet more to discover and appreciate.

6. You can only do safaris in Africa

Another popular myths about Africa we get to hear all the time.

This is however, wrong! Despite the fact that wild animals are certainly connected to tourism to Africa. Nevertheless, that is not all we have to offer.

Traveling in Africa is so much more than that. We have a wide variety of rich customs, places, works of art, and designs. Along with cultural experiences, cities, mountains, and beaches.

We produce some of the finest wines in the entire globe. Jan van Riebeeck, who arrived in Cape Town in 1652, produced the first bottle in 1659.

To mention a few, we have wine farms in Constantia, Franschhoek, Worcester, Paarl, and Stellenbosch.

We have fantastic areas where the foodie can indulge in culinary treats. Top restaurants including Idiom, Salt, Overture, La Petite Colombe, Terrior, and Majeke Kitchen can be found in South Africa.

You can learn how to prepare some of our traditional dishes on our trips. You can pick from the many inspirations we have, including Cape Malay, Dutch, and French, all of which add something unique to the regional flavors and African-specific touch we offer.

You may sign up for some fantastic foraging trips where you’ll learn how to harvest all the fresh local vegetables from our mountains and beaches as well as how to prepare a meal with what you’ve collected.

We have art studios, galleries, and some of the most amazing modern painters working today.

South African artists Kentridge, Smit, Siopis, and Blessing Ngobeni. Alex Wainanina, Peterson Kamwathi, and Arlene Wandera are all from Kenya, along with Goncalo Mabunda from Mozambique, Kudzanai Chiurai from Zimbabwe, and they’re all from Kenya.

The various cultures and colorful individuals in our country have an impact on the artists. both the wildlife and our beautiful views. Our artists are influenced by the fact that South Africa has a tumultuous past filled with difficulties and a hopeful future.

Africa is a continent full of amazing things with countless options that wouldn’t even have enough time to explore all options.

Visit Africa to learn about our untold stories and get to know her people. Allow their tales to emerge and bring joy into your life and eventually make you dispel certain myths about Africa.