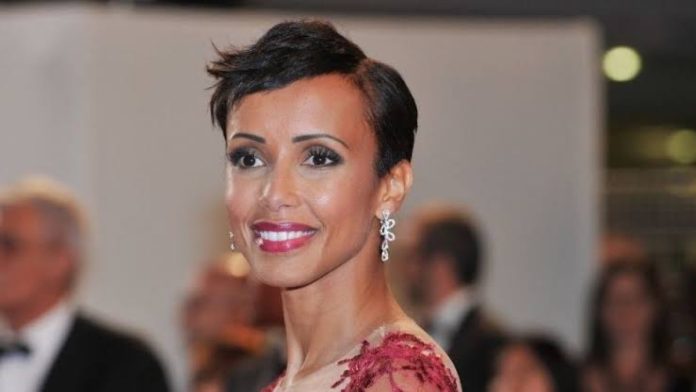 When she was 22 years old, Rolland became the first African-born winner of the Miss France pageant in 2000. According to the French newspaper Le Parisien, the beauty queen received an apartment in Paris as a present from Bongo in 2003, worth at around €800,000 (around $850,000).

Rolland has been charged with “concealment and misappropriation of public funds,” according to the French National Prosecutor for Financial Crimes (PNF), who confirmed to CNN on Thursday.

According to the prosecutor’s office, no arrest warrant has been issued for Rolland. However, Rolland’s lawyer, Charles Morel, mentioned in a statement to CNN that the premium real estate Rolland bought from the Bongo family was unrelated (referencing the supposed ill gotten real estate empire) and was only determined to be suspect after several years.

Morel claimed that Roland has acknowledged being “naive” but she stands firmly against the idea that she perhaps committed an offense. “At no time did she know of the origin of the funds or the financial package,” Morel stated. Morel also confidently declared that her client, the Beauty Queen, is sure of her innocence and therefore has “no doubt that she will be cleared at the end of the investigation.”

Gabon has been dominated by the Bongo family for more than five decades. What seemed like an end came In 2009, when while being treated for intestinal cancer, Omar Bongo died of heart attack.

However, this didn’t mark the end of the Bongo family reign as his son only took over. Of course, Omar Bongo ruled Gabon for 42 years, having assumed power in 1967, seven years after the country obtained independence from France. After ruling for so long, Ali Bongo, his son, took over as his successor with little opposition within the political sphere of Gabon.

With his decades in office marred by escalating claims of corruption, Omar Bongo ruled Gabon with an iron fist. French officials have been investigating the late president’s purchases in France for a long time, with some of his accounts closed and properties seized.

According to Le Parisien, two residences belonging to Bongo’s son, Ali were seized in 2016, one in Nice and the other in the capital, Paris. Prosecutors in France have charged four of Omar Bongo’s children with corruption, which they all deny. This hasn’t stopped investigations into their wealth, as noted in the case of Roland.

Recall that earlier, Financial investigator charged the Bongo siblings — Grace, Betty, Arthur, and Hermine Bongo, all in their 50s – between March 25 and April 5.

Embezzlement of public funds, corruption, and abuse of company assets are among the claims as Investigators believe that members of the Bongo dynasty, including Omar, his son Ali, 64, who is now the President of Gabon, and his daughter Pascaline, 66, profited knowingly from an illegally acquired real estate empire worth at least 85 million euros.

All four of Omar Bongo’s children, who have now been charged, denied any knowledge of the allegedly fraudulent origins of the assets, the source said.

Read also; the UK To Send First Batch of Asylum Seekers To Rwanda on June 14th