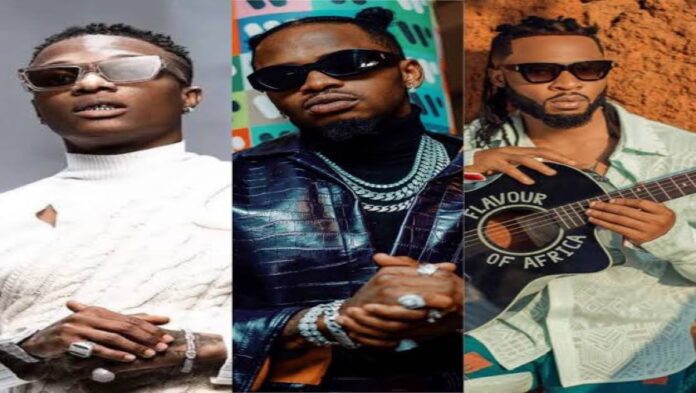 The four-day event ended with an awards ceremony on Sunday night in the suburbs of the Senegalese capital Dakar and included performances by some of Africa’s most famous musicians, including Nigeria’s P-Square, Tiwa Savage, Mali’s Rokia Kone, Senegalese singer Youssou N’ Dor and Baba Maal.

Ivorian singer Didi B was named song of the year for his rap “Tala”. He took the stage to a boisterous crowd, thanked his peers and said it was his first award of the year.

This was the eighth edition of AFRIMA and the first to take place in a French-speaking country. Nigeria has hosted most of the events, including the most recent one in Lagos in 2021, where Malian singer Ibrahim Mohamedou Fili Sissoko, better known as Iba One, won Best Album.

Other popular singers also took home awards on Sunday, including Nigerian afrobeat star Burna Boy, who won Best Artist in Africa. Another Nigerian, Asake, was named Breakthrough Artist of the Year and Wizkid was named Best Work in West Africa.

“This is an exciting time in African music and we are proud of how these artists have managed to break into so many markets locally and globally,” said Mike Dada, executive director of the event.

More than 9,000 entries were submitted for this year’s competition, the most since its inception in 2014. Winners surpassed more than 380 entries in 39 categories from five regions across Africa and the diaspora.